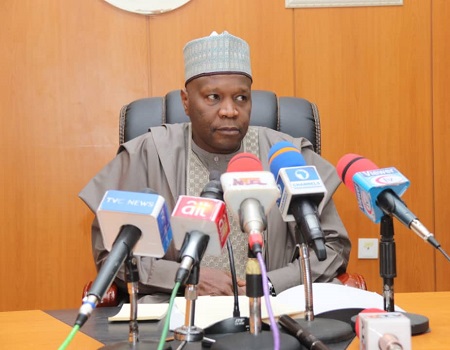 Gombe State government spent N380 million to support micro projects implementation in 35 communities across the 11 local government areas of the state in the last 16 months.

He said it also covered the rural electrification, environment, social and gender sectors and assistance given to vulnerable groups.

He explained that each beneficiary community indicated its area of priority and once this met with the aspiration of the state government to eradicate poverty in the rural areas, it got funded.

“We are only a funding agency; we don’t implement or execute projects. We only go to communities through community-driven development approach where beneficiaries are the drivers of these projects.

“The communities or groups are the people that will decide what they want; how they want it; their bill of quantity, their estimate; and also elect leaders amongst themselves to drive the process.

“The communities provide 10 per cent counterpart funding, while groups provide five per cent. We provide them with the funding in three tranches and supervise the work,’’ he said.

Kumo stated that the community-driven development approach adopted by GMCSDA had ensured that projects were maintained by the beneficiaries.

“With this approach, there are sharp interests in terms of usage, ownership and sustainability of community projects,’’ he added.

According to him, giving communities opportunities to drive project implementation is building leadership at the grassroots and fostering unity as members of the community decide collectively what they want and how they want to implement it.

The general manager said that based on the intermediate outcome assessment of the projects conducted by the Federal Government in 2019, nearly 800,000 people had benefitted from the projects directly and indirectly to date.

“We went to a community in the company of the governor’s wife, Hajiya Asma’u Yahaya, to inaugurate a health centre benefitting about 30 communities, hamlets and villages,’’ he said.

He added that the agency was also in partnership with several non-governmental organisations that were willing to invest in rural communities to fight poverty while building infrastructure to enhance the standard of living in the communities.

Kumo commended the state government for providing the funds to help communities to implement projects that would impact on the wellbeing of rural dwellers while reducing poverty.

“I also commend Gov. Inuwa Yahaya for building rural road networks which are also helping to link several communities and this has enhanced accessibility to micro-projects amongst neighbouring communities,’’ he added.

The Gombe State government established GMCSDA to give project grants to communities and to build their capacities for project implementation and supervision.