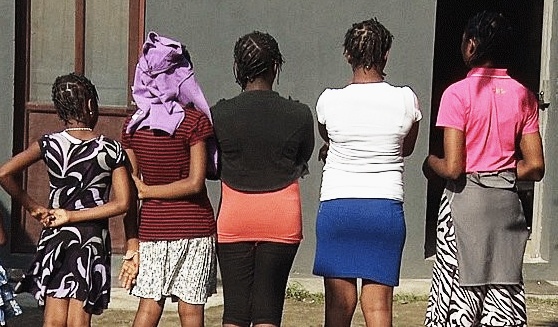 A non- governmental Organisation, Berachah Global Women And Girls Advancement Front (BGWGAF) has charged feminists to always speak out about abuses against women and the girls in any given society.

She also warned that they should not expose their bodies to the opposite sex.

The organisation which made the charges recently at a day workshop entitled: ” Psychological, Health and Legal Implications Of Rape” in commemoration International Day Of the Girl Child held at Spices, Oke-Fia, Osogbo, argued that they have exclusive rights to the bodies and should try to resist an unholy touch of any part of their bodies by any opposite sex without their consents and wishes.

Speaking at the workshop, the host, president of the organisation, Dr Romoke Edu Ogunlana remarked that, women and girls are uniquely created by God for unique purposes. Although rape is a global menace a lot of perpetrators go unpunished in sub-Saharan Africa. It may not be unconnected with the fact that rape cases are scarcely reported and when reported, many are not established.

“This is owing largely to the societal stigma attached to rape victims as if it is their fault. Our society blames rape victims for indecent dressing but leaves perpetrators blameless for lack of self-control and unlawful act.”

She, however, called on girl-child to always report indecent acts of men on them to the appropriate authorities for appropriate punishment according to the law of the land.

Dr Ogunlana, therefore, maintained that “We cannot keep quiet. We need to speak up and educate women and girls on how to protect themselves and how to establish rape case just in case it happens. They also need help to get over the trauma and lead a good life after, she submitted.

In her lecture, the guest speaker at the event, Dr Bukola Awodije, a medical expert and public health practitioner, Osun state primary health care board, clamoured for sex education among the younger ones saying, if this is done, young girls could have been exposed to some sensitive areas in the body system which could help them in coping with challenges ahead.

She further warned younger ones against associating with bad companies in the society and also charged parents to always educate their children on the type of dresses to out on.

” Apart from this, our children should be taught on to defend themselves and at the same time,  teach them to be moderate in their approaches to the opposite sex.”

Also, another guest speaker, Mrs Olusola Kasuga Odutayo, immediate past Chairperson of Federation of women lawyers (FIDA). Nigeria, Osun State branch noted that having canal knowledge of a girl child either by force or by misrepresentation is rape and it is punishable under the law of the land.

Odutayo who pointed out that, some wicked men always use sharp objects or other forms to rape women apart from the penis, posited that penalty for rape is life imprisonment.

She however warned younger girls not to expose their private parts and trust no one hammering that, 70 percent rape cases recorded are family-related ones which range from, stepfathers sleeping with this or that and father sleeping with their daughters.