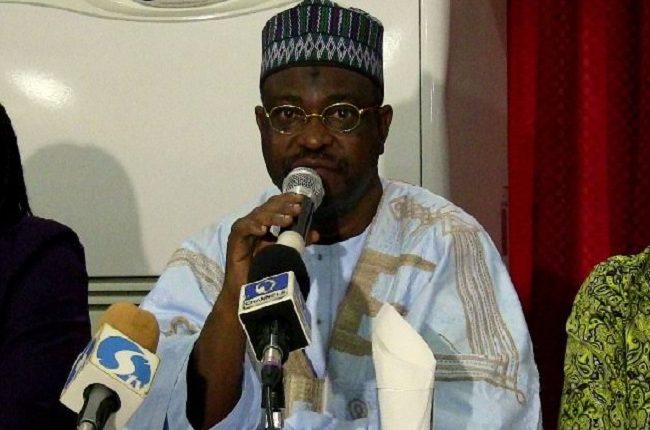 Former Speaker of the House of Representatives, Hon Ghali Umar Na’aba and a leader of the National Consultative Forum, (NCF) on Monday honoured the invitation extended to him by the Department of State Service (DSS), at its Headquarters, Asokoro District, Abuja.

Tribune Online learnt that on arrival at the Yellow House Headquarters of the Service, he was taken to the office of the Director of Operations (DoP) believed to be coordinating the interview session with the former speaker.

The DSS had on Friday sent an invitation to Na’aba after his interview on Channels Television on Thursday in regards to the NCF agenda to bring about a new Nigeria that works for all.

The NCF had in a statement made available to newsmen on Friday assured that Ghali Umar Na’aba would honour the DSS invitation and shall be visiting the DSS Headquarters ion Monday.

This came just as the NCF cancelled the planned solidarity slated for Abuja to escort the former Speaker to DSS Headquarters.

Members of the group, supporters and others had been directed to converge at 10 am on Monday, at the NCF National Headquarters at 40, Inuwa Wada Crescent, off TOS Benson Street, off Okonjo Iwealla Way, Utako District, Abuja, FCT   for a major rally to solidarize and escort Ghali Umar Na’aba to the DSS Headquarters in Abuja on Monday at 12noon.

The NCF is a new coalition of progressives that have been raising deep concerns about the state of Nigeria’s socio-political crisis.

The former Speaker is still undergoing interrogation as at press time.