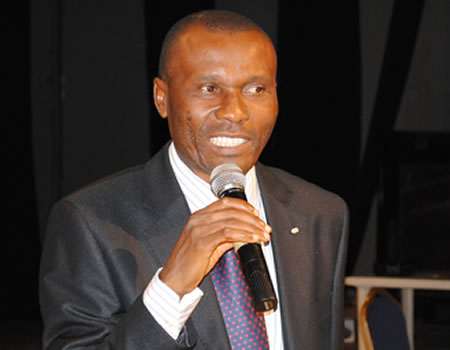 THE Federal Government has inaugurated a community town hall and a solar-powered water project at Ishibori and Abakpa communities in Ogoja Local Government Area of Cross River state.

Inaugurating the projects, the Minister of Niger Delta Affairs, Pastor Usani Uguru Usani said that the administration of President Muhammadu Buhari was committed to rendering services to the society without fear or favour.

“This administration has not come to recompense evil for evil, every government has the responsibility to serve the society and we are doing so without any partisanship; that is why we are spreading projects in every community and various constituencies in the Niger Delta region according to their needs and availability of resources,” the Minister stressed.

Pastor Usani added that government’s efforts in Ogoja land were not limited to the townhall and a solar-powered borehole being inaugurated alone, but that several other people-oriented projects were being handled by his Ministry, while many on-going internal roads being undertaken by the Niger Delta Development Commission (NDDC) in Ogoja Local Government Area would soon be completed and inaugurated accordingly, for the use of the people.

He called for the support of the people of Ogoja for the President Muhammadu Buhari-led administration which according to the Minister, “had recorded a number of infrastructures for the people to see.”

The Minister charged the people of Ishibori and Abakpa communities, Ogoja land in general and the entire people of the Niger Delta region to remain law abiding citizens, urging them to make effective use of government’s projects in their localities and also ensure the security of the the facilities, so that government would be encouraged to do more.

Earlier, the Permanent Secretary in the Ministry of Niger Delta Affairs, Alhaji Aminu Aliyu Bisalla, represented by the Director Community Development and Education in the Ministry, Mrs Lauren Braide, noted that social welfare and community engagements were critical components of the Federal Government’s Economic Recovery and Growth Plan (ERGP) and the mandate of the Ministry.

He added that prime attention was given to the provision of community facilities due to their far-reaching impacts on citizens’ participation in governance.

Presenting the goodwill message on behalf of the Ntol Mgbeje Ama lll and the people of Ishibori community, the Vice President of Ishibori Development Council (IDC), Chief Ale Ujum expressed the delight of the people in the quick intervention of the Federal Government to make the dream of the community townhall which had lingered for decades, into reality within one year.