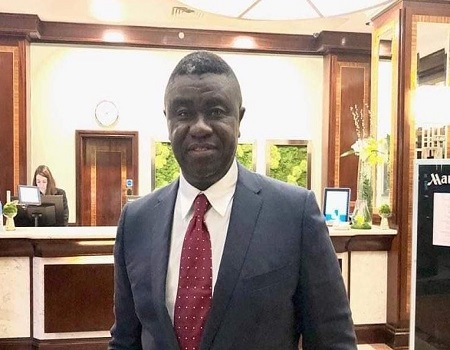 Prince Clem Agba, the Minister of State for Budget and National Planning, has urged statisticians to provide accurate data and respond promptly to all enquirers and surveys.

Agba, who was represented by Dr Anne Nzegwu, Director, Coordination and Service Improvement Department in the Ministry, gave the advice at the 2019 African Statistics Day (ASD) held in Abuja on Monday.

The theme of the event was “Everyone counts: Quality Statistics for Better Management of Forced Displacement in Africa”.

He advised that all those concerned to collaborate with the National Bureau of Statistics (NBS) to deliver data timely and accurately.
He said he was not unaware that the production of statistics was not only time consuming, but time-sensitive.

He said it was gratifying to note that NBS was in collaboration with other data producing agencies to put the necessary infrastructure in place that would facilitate the production of basic statistical information to meet expectations of the country.

“We commend NBS for ensuring that this year’s ASD is celebrated here in Nigeria through this important dialogue.

“I believe the dialogue will help to come up with ideas that would help to strengthen the development of statistics in the country.

“As you are already aware, the present government has put in place the National Policy for Internally Displaced Persons (IDPs) and is currently implementing several intervention programmes for the management of IDPs.

“This informed the establishment of the new ministry of Humanitarian Affairs and Disaster Management to coordinate programmes toward supporting IDPs and refugees,” he said.

Dr Yemi Kale, Statistician-General of the Federation, said the theme of this year’s event was relevant to the country because of experience of climate change and other natural disasters.

Kale said that it was also impactful to the country because of herdsmen and farmers clashes as well as a violent conflict which had forced individuals away from their homes and communities.

He said statistics had important roles to play in the measurement of the impact of mass displacement.