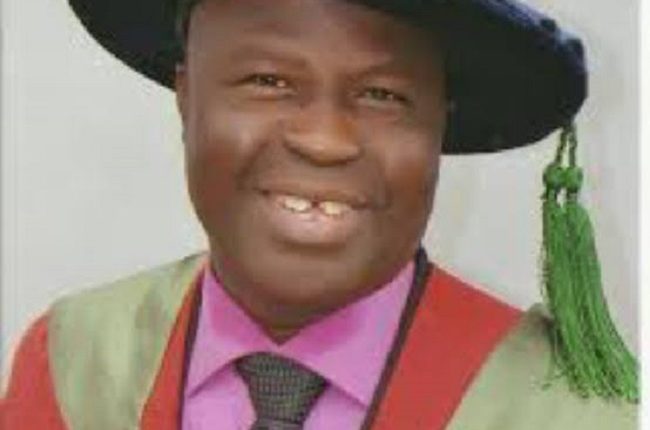 The governing council of the Federal University Oye-Ekiti (FUOYE) has announced the appointment of a professor of soil science, Abayomi Sunday Fasina as the new Vice-Chancellor of the institution.

Fasina who is the current deputy vice Chancellor (Administration) will succeed Professor Kayode Soromekun as the third substantive VC of the university in February.

According to a statement by institution’s deputy director, corporate affairs, Adeyinka Ademuyiwa, he said the decision was taken at a meeting presided over by the pro-chancellor and chairman of the council, Dr Mohammed Lawan Yahuza on Wednesday.

He said, “Today Wednesday, January 6, 2020, brings to an end a very long and tuition process of getting a new VC for FUOYE’. He noted that the process started last year.

“At a time we made a mistake the retired astute administrator from the Federal Ministry of Health admitted, stressing that those mistakes needed to be corrected.

“The Pro-Chancellor further noted that the appointment of a new Vice-Chancellor has brought with it rancour and acrimony to the campus and outside it advising that by this appointment, all these should stop.

“The Chairman then advised all applicants to sheath their swords and join the new Vice-Chancellor to build the University.

“You are going out with confidence and your head high up, I congratulate you.

“Dr Yahuza appreciated members of the Governing Council for their commitment, doggedness and thoroughness. I want to put on record my appreciation for your support and understanding.”

The pro-chancellor later presented the letter of appointment to Fasina during the meeting, the statement concluded.

‘Why yoruba must be Nigeria’s president in 2023’