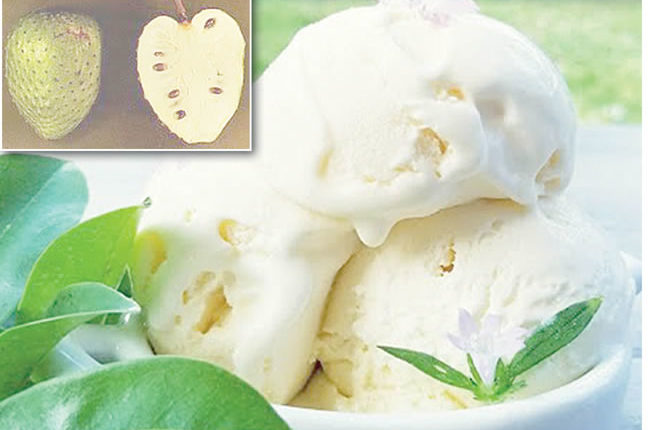 The soursop is a tropical fruit and it’s used as ice creams flavour, smoothie or just eaten as fruit.Soursop starts flowering after three years from planting; it continues fruiting every other year in great numbers.

Inverted Sugar syrup (Make this with a cup of sugar, 2 cups of water and one egg)

Place the sop pulp, cream and milk in a medium pot. Bring to boil. Stir occasionally to prevent it from sticking.

Whip the inverted sugar until creamy.

Mix the soursop cream and sugar, bring to boil.

Remove from the heat.

Whip the mixture with a hand mixer until very creamy.

Place in a  container and place in freezer

Remove from the freezer every hour or as frozen as it becomes and whip quickly.

Repeat this process 4-6 times until the mixture has the consistency of ice cream.

The unusual part of 2020 Eid-el-Kabir festival