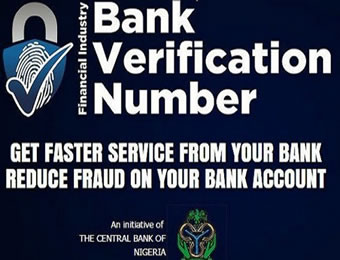 Despite an estimated N2.19 billion lost by banks to fraudsters through electronic channels in 2016 fiscal period, there are still strong indications that hackers and cybercriminals are targeting the N3 trillion trapped in accounts that have not been linked to the Bank Verification Numbers (BVN) of their owners.

Financial technology experts in the country, who raised the alarm recently, blamed corruption for the development, even as they urged the Central Bank of Nigeria (CBN) to urgently confiscate the funds or risk losing them to cyber-attacks.

A breakdown of the actual amount lost fraudsters through electronic channels showed that across the counter transactions with a total value of N511.07 milllion accounted for the highest losses.

The experts at a CxO roundtable facilitated by Ericsson and the International Data Corporation in Lagos said that privileged information available to them showed that certain hackers, with collaborators from within the country and across the world, were developing a ransomware to attack banks’ data systems to steal the funds.

Ransomware is a malicious code that is used by cybercriminals to launch data kidnapping and lock screen attack, demanding that money be paid before its release.

Speaking at the event last week, the experts stated that some of the abandoned funds were proceeds of corruption and needed to be cleared from the banking system.

Lending voice on the matter, the Senior Assistant to the Minister of Communications on Digital Transformation, Mr Akim Yusuf, said “the corruption that has led to the trapped N3 trillion is being perpetrated by Nigerians who have no self-control.”

“The antidote will be to develop institutional mechanisms. We need to put in place mechanisms to monitor the flow of funds in the public sector. This is why we have introduced policies like the Treasury Single Account and the Biometric Verification Numbers.

“We need to increase the level of digital tracking of funds to curb corruption. We plan to move all government services online. This will minimize the use of cash, which encourages bribery.”

The spokesman also said that there was also the need to consolidate and harmonise the multiple biometric data systems in the country to make it difficult to hide illicit funds.

However, the experts concluded that should the CBN remove the N3trillion from the banks, it would create a serious liquidity challenge in the banking system.

Also speaking, the Managing Director, Ericsson Nigeria, Rutman Rutger, said the firm put together the event to provide a platform for dialogue between all stakeholders in Nigeria’s technology and financial sectors “towards digital transformation in Nigeria and curbing corruption in the financial technology sector.”

Since 2014 he added, “We have positively impacted 89 million people through our technology for good programmes.”

Avoiding the distraction of wrong counsels