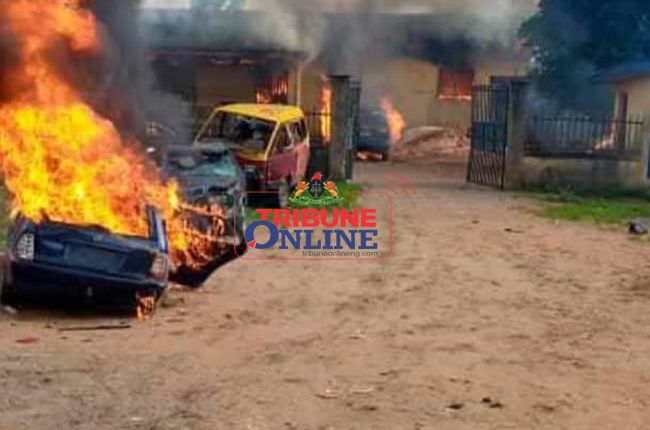 Hours after the #EndSARS protest which started on a peaceful note in Auchi, Etsako West Local Government Area, LGA, of Edo State on Monday, four persons have been reportedly shot dead.

Trouble was said to have started when the protesters were said to‎ have beaten up a soldier who later mobilised his colleagues to react.

In the commotion that ensued, the victims were reportedly shot.

The coming in of the soldiers, it was gathered, made the protesters abandon their Jattu Junction base. The gridlock on the Auchi-Okene-Lokoja road, which had built up to the neighbouring Aviele also eased off.

Pockets of violence were earlier reported in Benin City, the state capital, where hoodlums who hijacked the peaceful protest broke into Sapele Road and Oko prisons and burnt two police stations at Ugbekun and Idogbo while they also attacked the Oba Market police station.