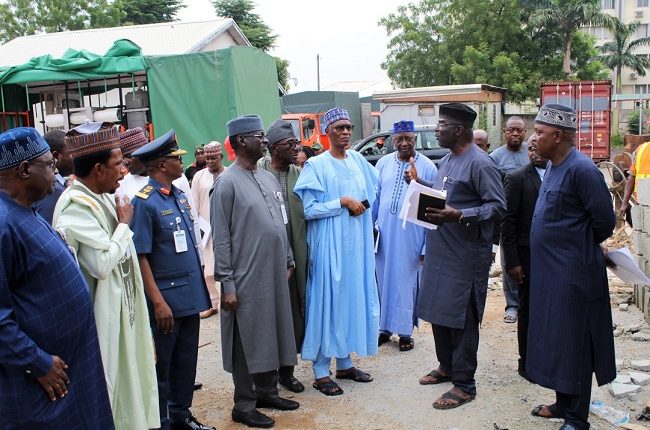 The Senate Committee on Special Duties has advocated for more support to strengthen the capacity and operations of the National Emergency Management Agency (NEMA) to manage the increasing spate of disasters in the country.

Chairman of the Committee, Senator Yusuf Yusuf who led the members on an oversight visit to NEMA headquarters in Abuja, said the increasing incidents and complexity of disasters necessitate efficient response that could only be achieved with proper investment in disaster management.

While stressing the need for an appraisal of the Agency’s budget implementation, he, commended the management under the leadership of Director General Mustapha Habib Ahmed for being prudent with funds in the management of the disasters in the country.

In his remarks, Senator Ishaku Abbo observed that disasters were inevitable, therefore efforts must be geared towards early preparations with proper funding and equipping for proactive response to save lives and property.

Another member of the Committee Senator Adenigba Fadahunsi said NEMA should be supported to engage more in rehabilitation after initial relief interventions in the aftermath of disasters.

In his remark, Senator Degi Eremienyo who is also a member of the committee commended NEMA management for the successful resumption of Air Ambulance Services with complete maintenance of the Agency’s aircraft and meeting civil aviation requirements.

In his response, NEMA Director General, Mustapha Habib Ahmed who appreciated the committee for the oversight visit, said the Agency has continued to receive tremendous support and attention from President Muhammadu Buhari in the delivery of its mandates.

He said the NEMA Air Ambulance was fully back to serve the nation, adding that the Agency was working on strengthening collaboration with the State Emergency Management Agencies (SEMAs) to further improve disaster management.

The Senate Committee, after meeting with the management also visited NEMA headquarters where they were briefed on some equipment at the premises and ongoing maintenance/renovation of the structures.