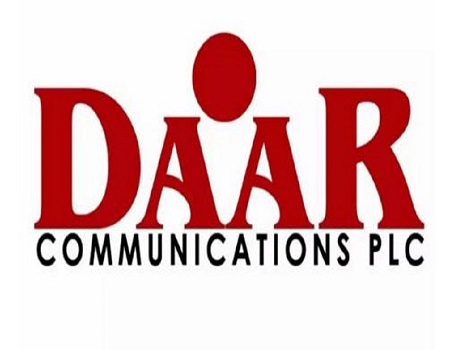 The management of the Daar Communication, owners African Independent Television (AIT) on Thursday defended itself over the allegations levelled against it by the National Broadcasting Corporation (NBC).

The media outfit said it had not contravened any law or regulations based on the contents being broadcast on the station.

A statement personally signed the chairman of the organisation, Chief Raymond Dokpesi and made available to the Nigerian Tribune, said AIT had been operating within the provisions of the Constitution of Nigeria and international laws that guide broadcasting and rights of the citizens.

He said it was wrong for the director-general of the NBC, Mallam Ishaq Modibbo Kawu, to have access the organisation of contempt of court based on its reportage of the Presidential Election Petition Tribunal.

The NBC DG had accused AIT of contravening broadcast regulations in the reportage of the election petition, airing of a documentary on
“Who is a Nigerian”.

Another complaint of NBC was on a position in one of the documentaries “INEC and the agony of a nation” that the 2019 election conducted by INEC under the current Chairman Professor Yakubu Mahmood, was the worst in the history of INEC.

Dokpesi, however, said the alleged offences by AIT border on the same issues that lead to the last impasse between the two organisations.

He said, “It is our position that only a judge of competent jurisdiction can pronounce the actions of AIT as being in contempt of court. The NBC will be putting the cart before the horse by taking action against AIT before the courts consider the same and pronounce us guilty of such offence.

“It is our position that whilst the issues concerning the presidential election tribunal are before the courts, the documentaries are based on the arguments filed by the counsels of the petitioners and defendants and these are public records available for every Nigerian man, woman and child to obtain, read and discuss.

“If the NBC alleges that we unduly gave exposure to just one side of the legal arguments, it is because the defence for President Buhari, the APC and INEC closed their defense without calling witnesses and so there was no available material before the courts to counterbalance the petition by the PDP and its presidential flag bearer Atiku Abubakar.

“If the courts deemed that any section or portion of the petition or defence was unsuitable as information for the general public, then we believe that the Courts and learned justices will have taken steps to redact whatever information in their view could compromise the legal integrity of the case or the security of the nation”.

On the allegation that the station was supporting the Independent Peoples of Biafra (IPOB), Dokpesi said, “The NBC also alleged that the documentary ‘Who is a Nigerian’ appeared to promote the cause of the proscribed IPOB by saying that their agitation is legitimate according to the United Charter on Universal Declaration of Human and People’s rights.

“It is timely to note that President Mohammed Buhari is presently attending meetings at the United Nations General Assembly (UNGA) in New York under the leadership of the newly elected President of the United Nations, Nigeria’s very own Tijjani Muhammad-Bande.

“Whilst AIT in no way associates itself or endorses the struggle of IPOB, now proscribed, we recognize the statutes and charters that govern human rights to self-determination as adopted by the United Nations to which Nigeria is not the only signatory but which Nigeria is now also proud to lead. President Buhari has supported publicly people’s right to self-determination by advocating for the independence and recognition of the State of Palestine.

“Whilst we have never made any call that threatens the integrity and sovereignty of the Federal Republic of Nigeria, we cannot pretend to be blind to the fact that we live in a global society governed by international laws, statutes and conventions which recognize that there is a process for the self-determination of people. It would be wicked and malicious to recognize our acknowledgement of the existence of such laws, statutes and conventions to mean or to be interpreted as an endorsement of IPOB”.

Check excesses of ICPC operatives, company cries out to AGF