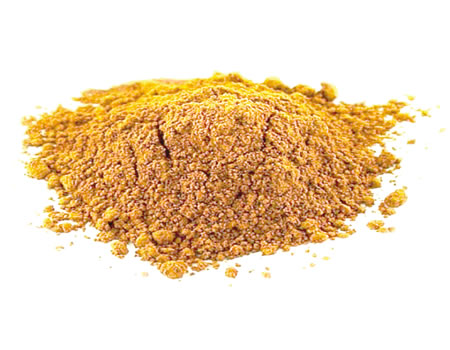 It is sold by many Hausa traders in major cities across Nigeria, especially in areas with heavy traffic.  Funny enough, these “abokis” are patronised by many high society ladies who buy it for their partners. Men also patronise them and keep these aphrodisiac hawkers in business.

In Lagos for example, burantashi and other aphrodisiacs are hawked near big malls and at almost all the petrol filling stations, cinemas, hotels, street corners, post offices within the metropolis.

Some call it Hausa Viagra or Hausa paraga because they claim it helps them to last longer in bed, relieves impotence in men, cures erectile dysfunction and weak erection, brings sexual satisfaction and is a good cure for low sperm count. And it is natural, so with less side effects.

Now, researchers at the University of Benin, Benin City, say although it enhances sexual performance, it could have a negative impact on the quality of sperm produced.

Test in animals showed that although burantashi does not affect sperm concentration and motility, its continuous usage, can increase the number of abnormal sperm per ejaculate and as such may also pose a threat on fertility.

Derived from the bark of the African tree Pausinystalia johimbe (Yohimbe in English), burantashi reputed as a herbal aphrodisiac or sex enhancer is called agbo idagbon in Yoruba.  It is also sprinkled on suya, a peppery beef barbecue.

The burantashi tree was nicknamed “love tree” and the bark extract was inserted into delicious little candies. These “love candies” as they were appropriately named, were a popular gift among European lovers.

Apart from its aphrodisiac properties, it is also used to treat fever, cough, exhaustion or as an energy booster, chest pain, skin disorders and inflammations.

Burantashi is also used as a mild stimulant to prevent drowsiness, a general tonic, a remedy to increase the clarity of the voices of singers during long festivals and as a treatment to increase the resilience of hunting dogs.

The researchers in the 2020 edition of the journal, Acta Scientific Pharmaceutical Sciences, had studied the impact of burantashi on the structure of the sperm in adult male Wister rats and mice.

For the study, 54 male Wister rats broken down into six rats in each group with the control group as a model of comparison. Burantashi was administered orally to the rats at 200mg and 400mg concentrations for 14 days, 28 days and 48 days respectively.

Afterwards, the rats were killed and their sperms extracted and assessed for any possible abnormalities in their structure.

Noticeable significant changes in the sperm were observed with 200mg and 400mg of day 14, 28 and 48 even as the concentration and dose of burantashi used increased.

They declared, “The fact that burantashi enhances sexual performance doesn’t mean it does not have any effect on the sperm cell quality as observed in this study.”

Due to the widespread usage of burantashi amongst the males in Nigeria, there seems to be a connection between its usage and infertility, as some studies portend its usage and the link with infertility and sperm cell quality amongst sexually active males.

In comparison with previous studies, the researchers said that although burantashi may not affect the sperm cell concentration and motility at a short exposure, its prolonged use and at high doses causes extensive damage to the sperm’s structure.

Conversely, in another study, researchers suggested that indiscriminate consumption of burantashi for a long duration is able to cause liver damage.

In 2014, the researchers in the Nigerian Journal of Gastroenterology and Hepatology had examined the effects of burantashi on the liver of albino rats at varying concentrations. They found that it caused impaired liver function with increased amount used.

What Buhari Told Nigerians
President Buhari in his address highlighted some of the new measures on the relaxation of lockdown. They are: a. Selected businesses and offices can open from 9am to 6pm; b. There will be an overnight curfew from 8pm to 6am. This means all movements will be prohibited during this period except essential services;… Read full story

Oil Spill: Ondo Communities Lament Losses As Farmlands, Rivers Get Polluted
That cold morning, Samuel Oriade set out to the river as usual for his fishing business, only to discover that the whole river and adjoining lands in the community had been polluted by what appeared to be an oil spill later discovered to have been caused by an alleged equipment failure in a facility of an oil company in the… Read full story

How COVID-19 Pandemic Has Slowed Down NASS
FINALLY, the National Assembly is set to hold an emergency plenary today, April 28, 2020 specifically to give accelerated consideration of the request by President Muhammadu Buhari for the passage of the N500 billion intervention fund, as well as an approval for the utilisation of over N100 billion… Read full story

CBN Lifts Suspension On Cheque Clearing
The Central Bank of Nigeria (CBN) on Monday lifted the suspension placed on interbank cheque clearing. The new order comes into effect as from Tuesday. This first indication of the lift of the suspension was given during a press briefing addressed by chairman of the Presidential Task Force on COVID-19, Mr Boss Mustapha… Read full story

COVID-19: Fayemi Extends Lockdown In Ekiti By Six Days, Relaxes Sit-At-Home Order For 3 Days Weekly
Ekiti State Governor, Dr Kayode Fayemi has extended the current lockdown in the state for six days till Sunday, May 3, 2020. The governor said that the lockdown declared since March 29 will now be relaxed from Monday, May 4 and allows for limited activities for three days in the week which are, Mondays… Read full story

What Exactly Held Abba Kyari Back?
A few days ago, the remains of the Chief of Staff to the President, Abba Kyari, were committed to mother earth and as expected after the demise of a public figure, the torrents of eulogies from both high and low ranked officials, friends and allies to ordinary members of the society have been overwhelming, with some measuring in… Read full story