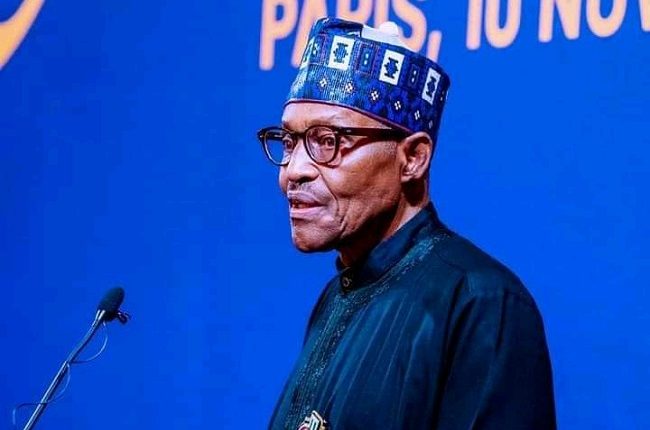 He gave the directive, on Wednesday, at a briefing by the Steering Committee and Management Team of PAGMI at the presidential villa, Abuja.

According to a statement Femi Adesina, Special Adviser to the President (Media & Publicity), this is to further ensure probity and best practice in the mining sector.

The statement said that the president charged the team to scale up operations in the mining sector by ensuring that investments go beyond artisanal and small scale levels.

It quoted him as saying: “The PAGMI Management Team should now develop innovative ways to move PAGMI to the next level to ensure the Nigerian mining story goes beyond artisanal and small-scale mining.

“I support the Steering Committee’s target of aggregating 3-5 tons of gold over the next 12 months, as this will deliver tremendous fiscal and economic benefits to the nation. The Solid Minerals Development Fund should work with all relevant Government agencies to identify the support and funding needed to deliver on this aggregation target.

“Now that you have successfully delivered a pilot scheme in Kebbi State, it is time to roll out and expand sustainably across other Sates. The Government is committed to providing all the necessary support required,” he said.

President Buhari urged PAGMI to ensure that the Solid Minerals Development Fund fast-tracks delivery of other directives to support the Presidential Fertilizer Initiative.

The President said all stakeholders should conclude the ongoing assignment of recommending a portion of accruals to be dedicated to the Solid Minerals Development Fund.

“The dedication of a portion of accruals to create a sustainable income stream for the Solid Minerals Development Fund is essential to delivering the mandates assigned to the Fund. The development of a sustainable funding stream for the Fund will conclude the implementation of the Fund’s Establishment Act, which is a key focus area for this Administration.

“This initiative is of great pride to me because through our intervention we can reach hardworking Nigerians in the field, toiling and the quarries under the sun trying to earn an honest living.

“We have been able to protect them from clutches of those who exploit their hard labour, while simultaneously bringing them into the value chain to earn improved income from their hard work. I expect a six-month progress report that will clearly show significant progress by scaling up the program from its current pilot stage,” he added.

President Buhari commended PAGMI’s Steering Committee and Management Team under the leadership of the Chief of Staff, Prof Ibrahim Gambari as Chairman and Executive Governor of Kebbi State, Sen. Abubakar Atiku Bagudu as Vice-Chairman of the Steering Committee for doing such a good job.

He said the Responsible Mining Framework that was presented would result in an effective and transparent gold supply chain and demonstrate efforts to combat money laundering, terrorist financing, human rights abuses, and respect for the environment.

Buhari further stated: “I am particularly pleased with the coordination and integration aspects of the document.

“I want to commend the Central Bank Governor for his support of the Solid Minerals Development Fund in the delivery of PAGMI, particularly in the commitment to paying a fair price to support the artisanal miners and providing a market for PAGMI. The Honourable Minister of Finance, Budget, and National Planning is to be commended also for her support in increasing the capitalization of PAGMI through the already approved facility.”

In his remarks, Dr Uche Ogar, the Minister of Mines and Steel Development, who led the delegation, said since the validation of the initiative by the President “to address the structural and institutional factors such as rural poverty and lack of alternative livelihood, and difficulty in meeting legal and regulatory requirements that tends to push artisanal gold mining operators deeper into the informal economy,” PAGMI had created the opportunity for formalisation and mainstreaming of artisanal miners, giving them the economic opportunity to live.

He said between 2012 and 2018, five billion dollars in gold was illegally smuggled out of Nigeria.

The Executive Secretary /Chief Executive Officer of the Solid Mineral Development Fund, Hajiya Fatima Umaru Shinkafi during her briefing, requested the President to, among others, increase the capitalisation of the Fund in order to extend to other states requesting its intervention which will enable the committee meet up with its 5-ton target; order an intervention by the Central bank of Nigeria (CBN) to minimise losses by artisanal miners as a result of foreign exchange differentials; declare a ban on artisanal export of gold for at least one year to give PAGMI a chance to checkmate the smuggling activities and give a temporary waiver on royalties presently set at about three per cent.

Shinkafi called for support of the funding of targeted explorations to catalyse private sector investment and transform PAGMI into a large scale operator in order to sustain the initiative.

She added that the Responsible Mining Framework, presented by the Steering Committee meets international standard, and was produced in conjunction with other stakeholders like NEITI, EFCC and the Nigerian Customs Service.

According to her, it is believed that the document will eliminate criminality, lead poisoning, child labour, sabotage in the economy and terrorism financing.

The Committee had in 2020 presented the first-ever artisanal gold mined and sourced within Nigeria to the President.