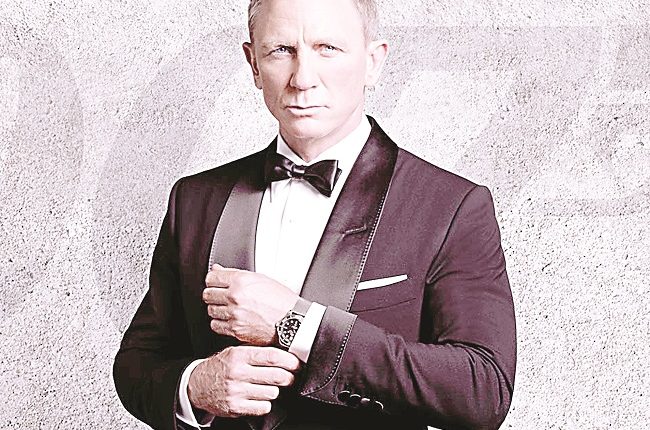 The latest James Bond movie’s pandemic-related delays are reportedly causing problems for its marketing deals, with advertisers concerned that the film may end up featuring outdated product placements, The Sun reported. The 25th Bond film, ‘No Time To Die’, is currently due to release in cinemas on October 8, over a year after it was originally meant to release.

“Some of those things were the very latest models back when they started filming” a source told The Sun, “but by the time the movie comes out now, it will look like Daniel Craig and all of the other cast members are carrying something that has been out for ages. That isn’t really the point of these deals.”

Although the film will reportedly feature Omega watches, Bollinger champagne, and Adidas footwear, it seems likely that HMD Global’s Nokia phones are at risk of dating most quickly. HMD Global announced last year that the film would include its Nokia 8.3 5G from last year, and TechRadar reports that the film is also set to include the Nokia 7.2, which was first released in 2019.

The Sun reports that the movie could face reshoots to hide its outdated products, and quotes a source as saying that some scenes may be ‘carefully edited’.

“The big tech firms want the stars to have all the new up-and-coming products to help promote them and sell them to fans,” the source tells The Sun. “It means some of the scenes are going to have to be very carefully edited and looked at to bring things up to date.”

We may have already seen an example of this kind of editing at work. Although one of the film’s stars, Lashana Lynch, appears to be using a Nokia 8.3 5G, a previous version released in March 2020 seems to feature a Nokia 5.3, complete with a rear-mounted fingerprint scanner and headphone jack on the top.

‘No Time to Die’ was originally due to release in April 2020 but was delayed to November last year after the pandemic forced cinemas around the world to close. The film was subsequently delayed to April 2021, and then to October 2021. Provided no more delays happen, the movie is currently slated to release around a year and a half after its original planned debut.

Thankfully for HMD, there’s at least one phone in the film that’s unlikely to date too much. According to TechRadar, ‘No Time to Die’ will also feature a classic Nokia 3310, a phone that originally released way back in 2000. In Nigeria, beer brand, Heineken had also hosted journalists to a pre-screening event earlier last year, before the pandemic delay hit.

The British Parliament at the Westminster Hall held a debate on ‘e-petition 554150, relating to Nigeria and the sanctions regime’ on Monday. The government of the United Kingdom has however responded…Bond film delay  Bond film delay

The surprise visit made on Friday night by the leaders of the ruling All Progressives Congress (APC) to former President Goodluck Jonathan at his residence in Abuja triggered a stir in the major political camps, resulting in at least four possible theories..Bond film delay  Bond film delay