Beyond Hijrah of Prophet Muhammad (IV) 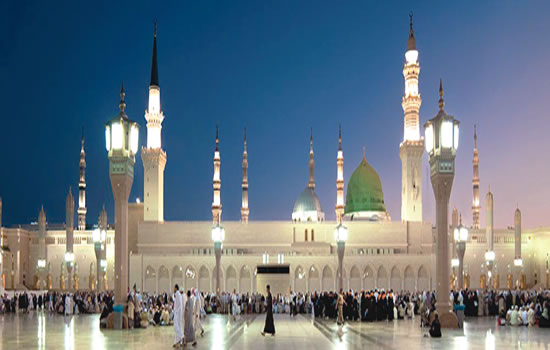 IN the name of Allah, Most Gracious, Most Merciful.

Almighty Allah says in Qur’an, Ankabut, 29:20-22: “Say: ‘Travel through the earth and see how God did originate creation; so will God produce a later creation for God has power over all things. He punishes whom He pleases and He grants mercy to whom He pleases, and towards Him are ye turned. Not on earth nor in heaven will ye be able (fleeing) to frustrate (His plan), nor have ye, besides God, any protector or helper.’”

Prophet Musa spent 10 years in Madyan with Prophet Shuaib, and the latter married his daughter to him. It was on his way back to Cairo with his family that Moses was called to prophethood at Mount Sinai (Qur’an 28:29-35). Qur’an 28:22-28 narrates: “Then, when he turned his face towards (the land of) Madyan, he said: ‘I do hope that my Lord will show me the smooth and straight path’. And when he arrived at the watering (place) in Madyan, he found there a group of men watering (their flocks), and besides them he found two women who were keeping back (their flocks). He said: ‘What is the matter with you?’ They said: ‘We cannot water (our flocks) until the shepherds take back (their flocks). And our father is a very old man’. So, he watered (their flocks) for them; then he turned back to the shade, and said: ‘O my Lord! Truly am I in (desperate) need of any good that thou dost send me!’ … Afterwards one of the (damsels) came (back) to him, walking bashfully. She said: ‘My father invites thee that he may reward thee for having watered (our flocks) for us’. So, when he came to him and narrated the story, he said: ‘Fear thou not: (well) hast thou escaped from unjust people’. Said one of the (damsels): ‘O my (dear) father! Engage him on wages. Truly the best of men for thee to employ is the (man) who is strong and trusty’. He said: ‘I intended to wed one of these my daughters to thee, on condition that thou serve me for eight years. But if thou complete 10 years, it will be (grace) from thee. But I intend not to place thee under a difficulty. Thou wilt find me, indeed, if God wills, one of the righteous’. He said: ‘Be that (the agreement) between me and thee. Whichever of the two terms I fulfill, let there be no ill-will to me. Be God a witness to what we.’”

The Holy Qur’an, Qasas, 28:29-35, relates how Prophet Musa (AS) was called to prophethood after fulfilling his term with Prophet Shuaib in Madyan: “Now when Moses had fulfilled the term, and was travelling with his family, he perceived a fire in the direction of Mount Ṭur. He said to his family: ‘Tarry ye; I perceive a fire; I hope to bring you from there some information, or a burning firebrand, that ye may warm yourselves’. But when he came to the (fire), a voice was heard from the right bank of the valley, from a tree in hallowed ground: ‘O Moses! Verily I am God, the Lord of the Worlds… Now do thou throw thy rod!’ But when he saw it moving (of its own accord) as if it had been a snake, he turned back in retreat, and retraced not his steps: ‘O Moses!’ (it was said), ‘Draw near, and fear not for thou art of those who are secure. Move thy hand into thy bosom, and it will come forth white without stain (or harm), and draw thy hand close to thy side (to guard) against fear. Those are the two credentials from thy Lord to Pharaoh and his chiefs for truly they are a people rebellious and wicked’. He said: ‘O my Lord! I have slain a man among them, and I fear lest they slay me. And my brother Aaron, he is more eloquent in speech than I. So, send him with me as a helper, to confirm (and strengthen) me for I fear that they may accuse me of falsehood’. He said: ‘We will certainly strengthen thy arm through thy brother, and invest you both with authority, so they shall not be able to touch you. With Our Signs shall ye triumph, you two as well as those who follow you.”

Prophet Isa (Jesus Christ) also went on holy flight (Hijrah) just like other Messengers of Almighty Allah (Qur’an 3:49-51; 4:171; 5:75; 43:59; 63:64). The holy flight of Prophet Isa is told in special application to the time of Prophet Muhammad (SAW). When the disbelievers in the mission of Prophet Isa plotted to crucify him, God Almighty helped him, and raised him to Himself, just as he raised helpers (Ansar) in Madinah to receive Prophet Muhammad (SAW) from Makkah with the emigrants (Muhajirun). The Holy Qur’an, Al-Imran, 3:54-58, relates: “And (then unbelievers) plotted and planned and God too planned and the best of planners is God. Behold! God said: ‘O Jesus! I will take thee and raise thee to Myself and clear thee (of the falsehoods) of those who blaspheme. I will make those who follow thee superior to those who reject faith to the Day of Resurrection. Then shall ye all return unto Me and I will judge between you of the matters wherein ye dispute. As to those who reject faith, I will punish them with terrible agony in this world and in the Hereafter nor will they have anyone to help. As to those who believe and work righteousness, God will pay them (in full) their reward. But God loveth not those who do wrong. This is what We rehearse unto thee of the Signs and the Message of Wisdom.’”

Thus, Prophet Isa, son of Mariam, was never crucified on the cross but God Almighty raised him to Himself. The Holy Qur’an, Nisaa, 4:157-159, clears the controversy: “That they said (in boast), ‘We killed Christ Jesus the son of Mary the Apostle of God’; but they killed him not nor crucified him but so it was made to appear to them and those who differ therein are full of doubts with no (certain) knowledge but only conjecture to follow for of a surety they killed him not. Nay God raised him up unto Himself; and God is Exalted in Power, Wise. And there is none of the People of the Book but must believe in him before his death; and on the Day of Judgment, he will be a witness against them.’”

The holy flight (Hijrah) of the Prophets of Allah is endless. It means that engagement in the work of God will be strenuous and tiresome. But it is the patient ones who persevere and promote the word of God with humility and persistence that will be saved and granted the bliss of Paradise.

Beyond Hijrah of Prophet Muhammad (VI)

Beyond Hijrah of Prophet Muhammad (V)