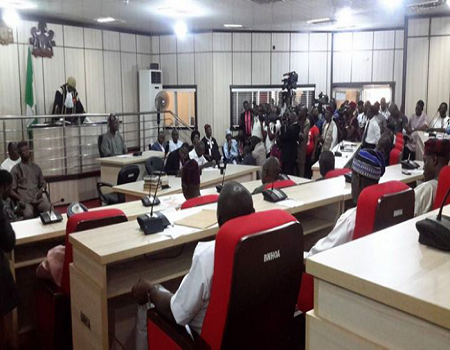 The affected council chairmen were suspended for three months for gross misconduct, financial misappropriation and other offences contrary to local government law.

The house yesterday acted on the letter from the state governor requesting its approval for the suspension of the affected council chairmen after investigation on the allegation of fraud was carried out.

The house in the plenary session held had debated on the letter from the governor and slammed three months suspension on the affected council chairmen.

All the lawmakers who spoke decried the impunity of some local government chairmen.

Ruling on the motions, speaker of the house, Titus Uba announced the suspension of the three council chairmen and warned other local government chairmen to sit up and work for the interest of the people as anyone found wanting would be made to face the law.