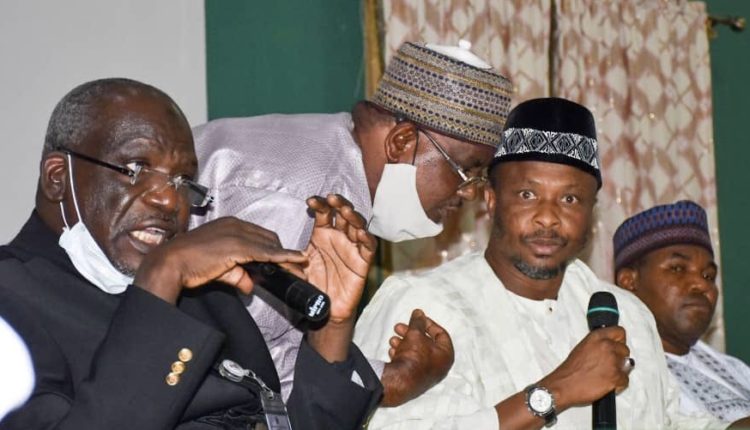 Bauchi State Government has mapped out 2021-2025 strategic development plans for the transformation of the state economically and in infrastructure to take the state to the next level of development.

The disclosure was made by the State Commissioner for Budget and Economic Planning, Dr Aminu Hassan Gamawa while briefing journalists on Friday on the outcome of the just held State’s Executive Council meeting presided over by the State Governor, Sen Bala Mohammed Abdulkadir.

Aminu Gamawa said that the development plan focused on the priority areas of the present administration notably in the sectors of education, agriculture, infrastructure, health and human capital development.

The Commissioner further said that his Ministry has already presented to the Council the medium term expenditure framework for the 2021 budget for deliberation and consideration along which the 2012 appropriation expenditures will be prepared.

ALSO READ:I’ve never been a police officer, man accused of being SARS officer cries out

He also said that the Ministry will conduct public hearing on the proposed 2021 budget estimates in order to get inputs of the citizens while a circular has been sent to all Ministries, Departments and Agencies to conclude their budget documentation in good time.

The Budget and Economic Planning Commissioner, however, regretted that, the outbreak of COVID-19 pandemic has affected the full implementation of the 2020 budget as planned by the state government.

On his own, The State Commissioner for Finance and Economic Development, Honorable Umar Sanda Adamu said that currently 668 Ministers , Departments and Agencies in the state have so far submitted their nominal rolls while 13 are to be concluded soon in the move to standardized the state Civil service to block leakages.

The Finance Commissioner also said that the state government is working assiduously to enhance the integrity of its data so as to overcome all the challenges associated with the payment of salaries and pensions.

On Bauchi urban renewal plan, the State Commissioner for Works and Transport, Honorable Abdulkadir Chika Soro said that new roads construction across the 3 senatorial districts of the state would soon be unveiled.

Others who spoke are the acting Head of civil service, Alhaji Aliyu Jibo, Commissioners of Health and that of Power and Technology, Dr Aliyu Maigoro and Honorable Umar Abubakar Sade respectively on the efforts of the state government to sanitize the civil service, just concluded Health summit and the ongoing electrification project across the state.

Are You Ready For The Next Bitcoin Bonanza?

Why are Investors Inclined towards Bitcoin Trading?