Baruwa: Tribute to a pathfinder 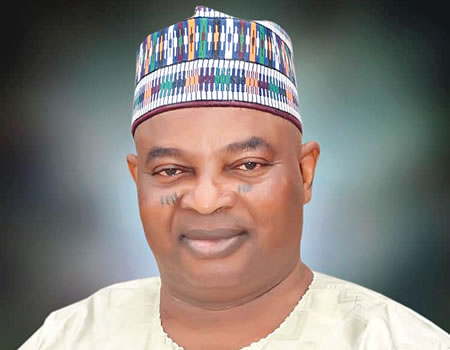 The popular saying that morning shows the day aptly captures the journey of Ibikunle Tajudeen Baruwa, the new president of the National Union of Road Transport Workers (NURTW). A look at his story clearly shows that God has been kind to him in all ramifications.

William Shakespeare must have had him in mind when he penned, “Some people are born great, some achieve greatness and some have greatness thrust upon them.” The new NURTW boss does not belong to the class of the blue blood, born and raised with the silver spoon, rather he has attained greatness by a combination  of dint of hard work and divine support. He could be described as one who has the right focus; set out for the top and met divine favour that crowned his efforts

He was born about 52 years ago to the family of Mr &Mrs Ibikunle of Kushoro royal family of Ilogbo in Ado Odo Ota Local Government, Ogun State. For his education, young Baruwa had both his primary and secondary school education at Ado- Odo Ota. Unable to continue his education after secondary school, Baruwa decided to take his destiny in his own hands at a very young age. He opted to start a career in transportation. He enrolled to become a bus conductor in lkeja area of Lagos State.

“After my secondary education, I decided to go into transportation, hence l enrolled as a bus conductor. As a result of that, l was able to learn the rudiment of transport business and the driving profession,” he said.

While doing this, providence smiled on him as he was promoted to the position of a park agent at Ikeja Branch of the National Union of Road Transport Workers (NURTW), Lagos State, under Tejumola Balogun as the branch chairman.

“I was the park agent for a while and after some years, I became the financial secretary at Ipodo Unit in Ikeja,” he narrated.

Having garnered some experience in transport business and trade unionism, he went back to his base in Ado-Odo Ota to organise the union.

However, before then, Road Transport Employers Association of Nigeria (RTEAN) was in total control of union activities in Sango Ota and the entire Ado-Odo Ota local government. With his return to Sango Ota, NURTW had a new lease on life. He effectively liberated the NURTW in the local government area.

As he put it, “After my sojourn in Lagos, l went back to Ado- Odo Ota to liberate our union, NURTW, from the grip of the RTEAN. As a form of appreciation of my efforts, l was made the unit chairman and after some years, l became the Financial Secretary of Ado-Odo Ota branch. I later became the branch chairman.”

The new NURTW boss has the privilege of being trusted with union monies, having held the position of treasurer from unit level to the national level. He was assistant treasurer in Ogun State council, he later became substantive treasurer from there he became  zonal treasurer in Zone 2 of the union.

Aside being a state council chairman, Baruwa was also a zonal chairman. He was the chairman of Zone 2, comprising Lagos, Oyo, Ogun, Ondo, Ekiti and Osun states and he performed excellently there too.

Again, providence beckoned on him as he was seconded to Lagos State council as caretaker chairman. He was also able to build an office complex for the union in the state.

Judging his antecedents and contributions to the history of the union, one cannot but conclude that the new president will surely bring his wealth of experience to bear on the task before him.

School resumption: So much ground to cover