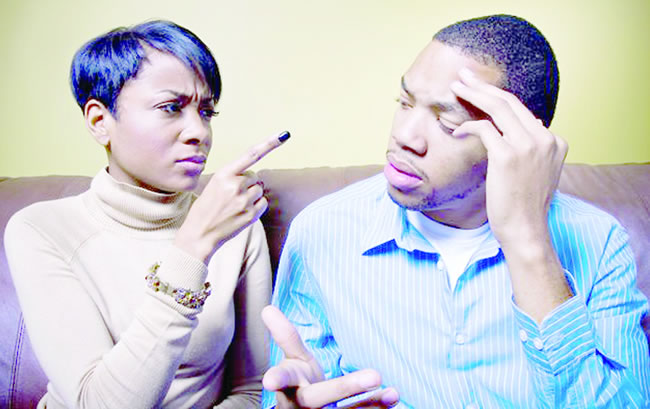 ONE major mistake people make before getting married, and which they may have to live the rest of their lives by is assuming that your spouse will get better in his attitude or behaviour. In one out of ten cases, you will rarely get it right with such an assumption. Marriage does not change you or your spouse. So, stop living in delusion.

Such an assumption is also a core crisis point in marriage. I have been involved in dispute resolution in some marriages that the knotty issue has been along the line of such assumptions. In one situation, the wife was enjoying a relationship of clubbing and night crawling with her husband, during the courtship period. After years of getting married, she started complaining about late night outings of her husband. When peacemakers asked her to state what had changed between courtship and marriage, she said nothing.

So, what was the issue that she didn’t like? She thought her husband would change from late night outings after getting married. But, the husband has remained his humble self, like a leopard that cannot wash off it spots.

The truth of the matter is that, you won’t succeed in changing your man or woman after getting married. No matter how much you try, it will not work out at least, in most cases.

Why is this so? The two of you have been formed into his and her individual personality. You have become like dry fish which breaks in the attempt to bend it. That’s the one major reason of marital conflicts.

The fact is that assumptions of changedbehavioursin marriage hardly come to pass. It is rare, and you cannot predict yours will be an exception. It is better to come straight in the choice than to become stuck in the marriage. Personality traits of many years hardly experience changes. If you have taken the risk, and it’s not working in your favour, you might have reached your bus stop, so you just have to come down and live in the reality of the person you are married to. Otherwise, you may have to use the exit door, especially if it’s tending towards a life-threatening situation.

The only hope you have for a change is turning him or her over to the Maker of heaven and earth, who can do all things, and with whom, all things are possible. If you turn to Him, He may show you mercy.

You can avail yourself of copies of my books, “enjoying great sex life”, and “how to help your wife enjoy sex”. Contact 08112658560 for details.

What is missed abortion?

Marriage will not change your spouse

Communicating love and respect in marriage