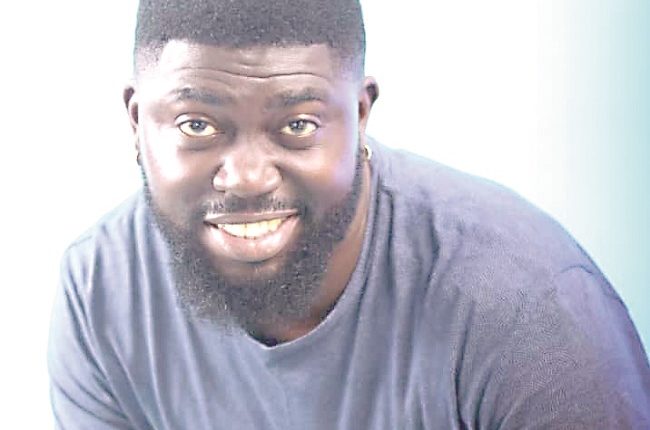 Ogyny as he is popularly known in entertainment circles, recently inked a deal with Aristocrat Clothing alongside other movie and music exploits. In this interview, the ultimate entertainer, who has to his credit roles in movies and shows like Tinsel, Forbidden, Unbroken, The Men’s Club, Black Val, Igbo Kadara, When Love Goes Wrong, Angel of Death, reveals what exactly makes him the ultimate entertainer.

You are an actor, model, dancer, footballer, singer and writer, how do you marry all of these responsibilities?

When you have passion for something, and you do those things, it doesn’t feel like you are working. The beauty of it is actually getting paid for it. For the writing @oro.ogyny on Instagram for example, I wait till inspiration strikes because I’m not in competition with anybody. I am not under pressure to churn out content every day.

Which of all these roles would you say is your forte?

Right now, I am more focused on my acting career. I have been in the last season of The Men’s Club and a few other shows on Africa Magic. But I would say my forte is music, it comes naturally to me.

How did acting start for you?

The first time I starred in a movie was the year I finished secondary school, and it was for that movie I got my first ear piercing. I was supposed to play the role of a club boy. I never liked the studs that were more common then because I reacted to them. I remember going home and telling my mom I needed to put on earrings to be in the movie. After I told her I didn’t like the magnetic studs that people were using, she advised me to pierce it once and for all. She brought out money, sent my cousin to get the earrings, and then I got it pierced. I was lucky to have a mother who understood me and was ready to support my entertainment career. Another reason she was able to do that was that there was never a time when someone came to the house to report me that I committed a crime. I was not a bad boy, I never even stole my mother’s money.

I found out about the movie through a late big brother of mine who owned Culbeed Music, the same record label that brought out Orezi. I was on the label too. Even though I had just finished secondary school, they all knew entertainment was what I wanted to do. So I was always on the move, from one rehearsal to the other. We were hungry and very young, so I was fully invested in entertainment.

Why then did you leave Culpeed Music?

My very first music video with Culpeed was shot in South Africa. I later felt that they focused more on Orezi, and my music was lacking necessary attention. I was getting a lot of questions from people saying Orezi and I were on the same label yet I wasn’t doing much. It felt like I was a lazy artiste when I was simply being loyal to my brother, and I didn’t want to leave on a bad note. I decided to go to South Africa to pursue my career and also further my education. I did Communication Science at the University of South Africa.

What is your advice to artistes before signing a deal with a record label?

Take your time and go through the contract. If someone wants you, it means there is a value you are carrying. Sometimes, young artistes are too desperate and jump at opportunities. When such an artiste blows up, he or she then realises that the contract they signed was a slave contract. It means you weren’t sure of yourself at the time you were being signed. Record labels take the risk and sometimes spend a lot of money on artistes. At the end of the day what if the artiste does not make it?

We were out together recently for the EndSARS protest, but saying our relationship today is what it used to be would be a big lie. It has nothing to do with me being jealous. I cannot be jealous of his success because I was part of it. Asides being an artiste signed to the same label he was, we were friends and I was also an executive in that label. I remember travelling to a lot of places by road to promote Orezi. I did all his promotions in the north and parts of the west. So how can I be jealous of a success that I was part of? It would be stupid.

Entertainment is not a very rewarding profession in many scenarios. For Ogyny, is entertainment enough, does it pay the bills?

It has started paying the bills. I have done so many things when it comes to this entertainment. At some point, I was out of the country because of entertainment.

You are currently the brand ambassador for Aristocrat Group. What makes Aristocrat special?

Aristocrat is a big brand. I have known them for about a year plus no. I had seen their outfits on my friends, social media and all of that. I always thought one day I would patronise them. As God would have it, Aristocrat saw me worthy enough to want to partner with me, so I saw it as a big deal and I’m sure it is a partnership that will bear good fruit. I’m excited to be identified with one of the excellent brands in the fashion industry.

How would you describe Ogyny that the world knows today?

I call myself the entertainer. The only thing I don’t do is comedy. I just dropped a video for my new song ‘Heaven’, a love song. I am working on another video soon too.

As Nigeria celebrates its 60th Independence Anniversary, Most Reverend Emmanuel Adetoyese Badejo, the Bishop, Catholic Diocese of Oyo in his message on the occasion…Aspiring acts must study