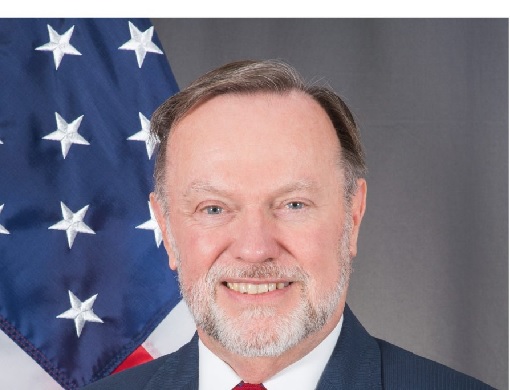 The United States Assistant Secretary of State for African Affairs, Tibor Nagy, has lent voice to the ongoing #EndSARS protest in the country via his Twitter handle @AsstSecStateAF on Thursday.

In his message, the Assistant Secretary stated that he stands with young people in the country who have been peacefully protesting to stem police brutality & abuses.

He said: “I stand with the young people of Nigeria, including our @WashFellowship Alum @Harrisonbbi18, who have been peacefully protesting to #EndSARS and stem police brutality & abuses. Their pursuit of a future filled with peace, unity, & accountability is a noble one the U.S. supports.

“A swift and thorough investigation into the multiple deaths and injuries of all #EndSARS peaceful protestors is needed. The #EndSARS violence and abuses must end now in order for all levels of reform to truly take place.”