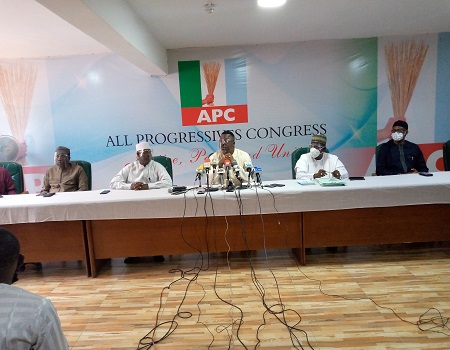 Fifteen out of the 20-member All Progressives Congress (APC) National Working Committee (NWC) have dismissed with the claim of Hon. Victor Giadom as the Acting National Chairman of the Party.

Deputy National Chairman, South-South, Mr Hiliard Ettah, said this barely an hour after the Giadom’ acclaimed assumption of office as the national chairman of the party.

Hilliard said Him. Victor Giadom has no such locus to emerge Acting Chairman of the party because he has long resigned his membership of the National Working Committee to seek election as Deputy Governor of last year in Rivers State.