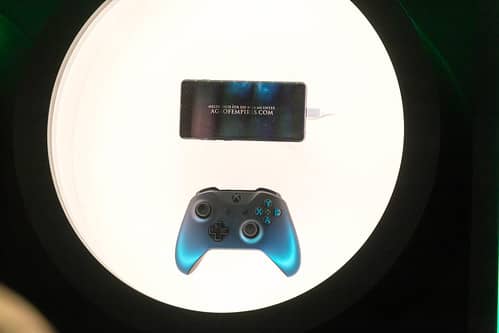 Digital games are unique in many ways, one of the most fundamental of which is their capacity to grow and change. Owning to their reliance on the evolving world of technology, areas of entertainment like video and casino games are constantly pushing the envelope, offering new opportunities and experiences. Taking a closer look at these two avenues, we want to explore where growth here is the most profound, and what new ways players have to enjoy what is available.

Better Graphics and Sound
The most immediately obvious way that casino and video games have changed over the recent years is in the audiovisual realms. The lowering costs and prices of modern digital devices mean that what used to be prohibitively expensive is now widely enjoyable by anyone. Today, even humble devices are capable of astounding feats, and combined with immense existing libraries, players can now enjoy thousands of games no matter what platform they choose.

Play Anywhere on Mobile
Speaking of platforms, the enormous success of mobiles as in recent years is not a development we could ignore. Modern mobile phones are now more powerful than the computers many of us grew up with, and this power combined with wireless connectivity gives users the ability to play almost anywhere.

For casino games, this is commonly seen on websites like Speedy Spel. In the early years, services such as this would not have been possible on mobile, but modern developments in processing power and webpage technologies have reshaped this world entirely. Today, any of the hundreds of slots, lotto, and live casino games offered on desktops run perfectly on mobiles, with the added convenience of the ability to play wherever you want.

While this is not quite as much the case with traditional console and PC gaming coming to mobiles, this gap is still smaller than ever. Major games like PUBG and Call of Duty are now seeing fantastic ports to mobile, and this is only the first step. Eventually, when 5G becomes widespread the world over, streaming systems like Stadia and Project xCloud could effectively allow any AAA console or PC game on mobile, raising the bar even higher.

The World of VR and AR
Another new way to enjoy video and casino games can be seen in the realm of virtual and augmented reality gaming. These technologies have been a long time coming, but only in recent years has our reach been able to match our grasp.

With augmented reality, we’re able to overlay reality with digital constructs, effectively allowing us to create fantasy within the real world. Virtual reality can take this a step further, giving the opportunity to exist in an entirely artificial space, and take part in activities and games that would be impossible in real life.

In these cases, there is undeniably a lot of work left to be done for AR, VR, and host devices before these become viable within the mainstream. Still, even in this generation casino games like Gonzo’s Quest and video games like Minecraft Earth have taken some mighty first steps.

When it comes to digital entertainment, we undoubtedly live in the most exciting age yet. With more engaging experiences than ever before and a wider array of ways in which to experience them, video and casino games today are truly something special. While this is amazing for contemporary enthusiasts, it also raises the important question of what could come next, and what will the landscape look like in another ten years? Like many of you, we can’t wait to see.

US Government Declares Six Nigerians Wanted Over Internet-Related Crimes
The US government, on Tuesday, declared wanted six Nigerians who are currently on the run after they were indicted and charged for internet-related crimes. According to the US Department of Justice, the six Nigerians were indicted by both the Federal Bureau of Investigation (FBI) and the US Attorney’s Office in… Read Full Story

Edo 2020: Shape Of Things To Come
It is increasingly becoming well-defined some key factors that are bound to shape the 2020 governorship election in Edo State. With the main combatants not ready to yield ground on their individual and class interests, ongoing alliances and realignments of forces come in another scene in the script being acted by the… Read Full Story

BREAKING: Court restrains Labour from embarking on nationwide strike over hike of…