Abuja prostitutes, almajiris and the future 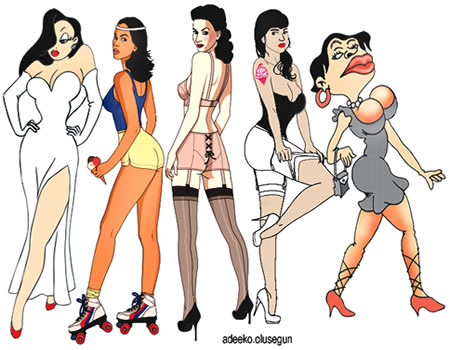 In the last three weeks, the Abuja board has been engaged in some moral war against prostitutes; strip clubs have been targeted and all sorts of tales by moonlight told. Gender Activists have also been on parade. One story beats thoughts as cops allegedly slept with ‘suspects’ with sachet water nylon packs. It has been a case of those for and those against.

In the last few months we have also been in the debate regarding alamajiri, the system, the culture and the faith, while origins and practice are totally two different things. We are saddled with explaining what prostitution, transactional sex is and in the same vein justifying whether we need the alamajiri system given the fact that it is visibly a time bomb the way it currently is.

Change comes at different tempos. Political change; the removal of a government, can be swift. Slower yet is economic change with systems of production far less easy to pivot than the ejection of a government. Harder to change is the social system; institutions such as the family which have deep roots not only in our consciousness but also in our infrastructure (consider how our housing is built, to facilitate an ideological view of the ‘family’). But the hardest of all to change are the rigidities of culture, the taproots of norms and customs that go deep into the centre of human experience. Prejudices of all kinds – racism and patriarchy – lies far beneath the surface, requiring what Zhou Enlai called ‘ideological remoulding’ to alter them.

‘It cannot be done with haste’, Zhou Enlai says several times in his speech. Such cultural work takes time. It has to dig gently into the earth to investigate the taproot, digging deeper to understand its power. Radical change has to confront culture’s blockages. Two kinds of work are necessary: cultural work, to stretch the imagination, and political work, to undermine the power of nasty cultural forms.

So must Western education be for everyone, certainly no, but there needs to be a radical change that confronts the way Nigerians as a nation and a people tackle issues, like as it is with prostitution, can we have clear legislations? How do you catch the woman and leave the man? How do you leave a child unloved, to mallams un-vetted, by parents that practically have abandoned them? What role are religious leaders playing, seeking knowledge shouldn’t translate to abandoning kids, neither is consenting sex by two adults a crime.

If we refuse to address the issues, like a state government paying for people to get married, primarily not addressing the problems of population explosion, arresting prostitutes would be the least of our problems. These days, girls are part of the alamajiris and human trafficking has become integral. Our sociologists are quiet, as is the case with Nigeria we are too lazy to do any form of ‘ideological remoulding’ to alter our current positions. We don’t want to dig gently into the earth to investigate the taproot, digging deeper to understand its power.

We are afraid to use radical change to confront culture’s blockages. More so as we remain blinded to our ethno-religious paraposim; like Nekhlyudov, it might be too late, how long do we wait to address Maslova’s palaver or do we wait to face her wrath?

The literary culture of faking it