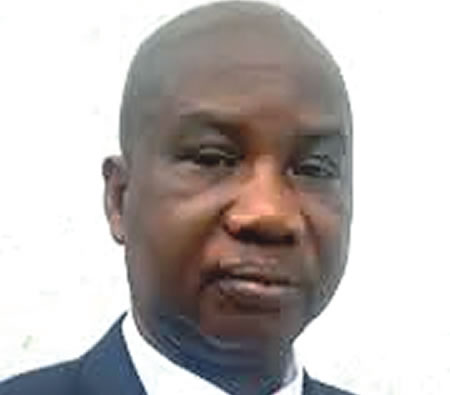 The Basel Convention on the Control of Transboundary Movements of Hazardous Wastes and Their Disposal is an international treaty was created to reduce the movements of hazardous waste between nations, and specifically to prevent transfer of hazardous waste from developed to developing countries.

Ecoscope spoke with Professor Percy Onianwa, Executive Director, Basel Convention Coordinating Centre for the African Region, University of Ibadan who gave the following insights on the significance of the centre and awareness on hazardous waste.

Professor Onianwa said the convention is essentially to “control and manage the trade and transboundary movement of hazardous waste.” Nigeria was signatory and ratified that convention in 1994.

There are 14 Basel Centres around the world with the mandate of raising awareness through workshops and conferences, technology transfer, carry out research and other related activities.

There are four centres in Africa. The centre in Nigeria is the coordinating centre for the regional centres in South Africa, Senegal and Egypt, and has a mandate for the whole of Africa, as well as the country, Nigeria.

The centre in Nigeria was set up by a memorandum of understanding between the BRS Secretariat and the Federal Government of Nigeria which holds the centre in trust for the BRS Secretariat. The supervising organ in Nigeria is the Federal Ministry of Environment. The centre has been in existence since 2007 and has been involved in all the prescribed functions expected of the centre.

What does the convention ensure?

The convention ensures that there are international regulations and obligations to countries to ensure that they minimise the generation of hazardous waste. Where generated hazardous waste should be self-managed. If not, such waste should be transported to the nearest location where they can be rightly managed. Illegal movement should be avoided. This among several other dos and don’ts that constitute the guidelines for the convention.

There are still many trades going on under the Basel convention, you can actually move waste from one country to another as long as you follow the rules of the Basel Convention. For example, used lead acid batteries are hazardous waste that are being moved from Nigeria to other countries where they can do proper recycling, under the provision of the convention. Despite the convention there are still illegal hazardous waste being traded.

Hazardous wastes can be generated at home

In our everyday life, we generate a lot of waste some of these wastes are hazardous, said Professor Onianwa. Unknown to many, some of such hazardous waste include batteries, used engine oil, disused electronic devices, and even shampoo.

Ignorance over hazardous waste in developing countries puts them at risk

Citizens of developed countries are very conscious of hazardous wastes therefore no one wants them dumped in their backyard. Many developed countries therefore sought to dispose their waste in faraway countries where the people are not aware of the concept of waste being hazardous and where government regulations about waste disposal is very loose.  The dumping of 8,000 barrels of toxic waste in Nigeria’s Koko shipped in from Italy in 1988 was one of such celebrated cases.