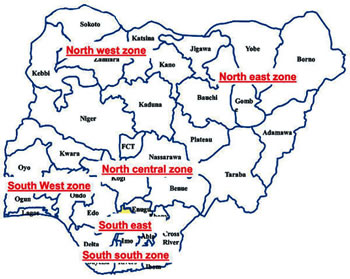 IN the first part of this treatise, a nexus was established between the unjustifiable injustice and inequality of condemning the North-Central geopolitical zone of Nigeria to playing second or third fiddle in the affairs and political configuration of the country at the centre, especially from 1999 till date. It was also established why North-Central may no longer tolerate the ongoing brazen scheming, alliances and re-alignments to perpetuate and consolidate domination against Section 7 (subsection 1)of the Constitution which states that “The (Nigerian) State social order is founded on ideals of Freedom, Equality and Justice”in 2023.  In all of this, the contention is that the injustice and inequality of making the North-Central the footstool of the superstructure of domination at the centre should be reversed and righted in 2023. This contention is pillared on two broad realities of our national life in Nigeria.

First, the official division of Nigeria into six geopolitical zones by the late General Sani Abacha was a smart, expedient and historic move to guarantee equity and equal socioeconomic and political opportunities among the contending major ethnic groups in Nigeria. And it was equally a remarkable social design to douse the perennial consuming conflagration,historically effectuated by unjust domination, ethno-religious politics and all the centrifugal forces that pulled Nigeria into the grueling Civil War between 1967 and 1970. Thus, the seeming inconsiderate monopoly of political power of the Nigerian state at the centre is nothing but blatant desecration of the Abacha ingenious design for guaranteed equity, equality, unhindered access to economic and sociopolitical opportunities by all Nigerians and should no longer be stomached by the North-Central. The second plank of the contention is that there couldn’t have been a blanket sense of deprivation by the North-Central without taking into cognizance the great contributions by the sub-region into Nigeria’s economic and sociopolitical grid from colonial Nigeria through independence, the military interregnum and to the present democratic dispensation.

Historically, the North-Central has always been a most senior partner and stabilizing factor in economic and socio-political development Nigeria, particularly between the two domineering geopolitical Czars. In this regard, the role played by Joseph S. Tarka’s United Middle Belt Congress (UMBC), first as third largest political party in Northern House of Assembly and as an ally of Chief Obafemi Awolowo’s Action Group are edified in political history of Nigeria and should be highly valued and esteemed in considering which geopolitical zone leads at the centre in 2023. This contention is buoyed by the historical fact that even in the dark years of Federal Republic of Nigeria between 1967 and 1970; the country needed a Yakubu Gowon from the North-Central to keep the Nigerian Project alive. This he did with patriotic zeal to lead the onslaught against what would have ended in balkanisation of the then newly independent Nigeria and restored the nation to its founders’ master-plan and path of unity and sovereignty as we have it today on the global scale.  Moreover and still on contributions to keeping Nigeria one as a indivisible nation, the sacrifice made during Nigerian Civil war by the North-Central was quite massive as it is posited that the region suffered the highest number of causalities among the gallant soldiers that fought on the side of Federal Government in the ‘task to keep Nigeria one.’

Of course, in terms of leadership, the North-Central has produced great and visionary leaders whose strides in sociopolitical development in the nation’s firmament are cast in gold. Thus, apart from great leaders like Late Chief Joseph Tarka, late Chief Solomon Lar, living legend of Nigeria’s unity, Gen. (Dr.) Yakubu Gowon, iconic Gen. T.Y Danjuma and many others. The region has produced four out the 14 Senate Presidents in Nigerian political history. These prominent national leaders include Sen. (Dr.) Iyorchia Ayu, Sen. Ameh Ebute, Sen. (Gen.) David Mark, who holds the record of the longest serving Senate President in Nigerian history and Sen. (Dr.) Bukola Saraki. The submission here therefore is that the region has astute politicians and national leaders capable and well equipped in all ramifications to lead Nigeria from 2023.  In a similar breath, the socioeconomic contributions of the North-Central to the Nigerian Project are very intimidating. These contributions reflect in industry, power generation, mining, agriculture and many others. Of a truth, there cannot be any serious talk of food security in Nigeria without a sincere appreciation of the North Central. This is evident in the fact that Benue, one of the states in the geopolitical zone, is the Food Basket of the Nation.

Undeniably and with particular reference to 2023, the universal dictum that freedom is usually won and is never given on a platter of gold applies to the situation of the North-Central in the scheme of things in political Nigeria. The North-Central is also aware of the majority population joker always used by the domineering geopolitical zones. But this time around, it has to be accepted that North-Central is a region of minorities in majority: hardly has the South-West or North-West ever won any presidential election without the active support and alliance of the geopolitical zone. So, the crux is, 2023 should be a year of political compensation with the presidency of Nigeria for the North Central.