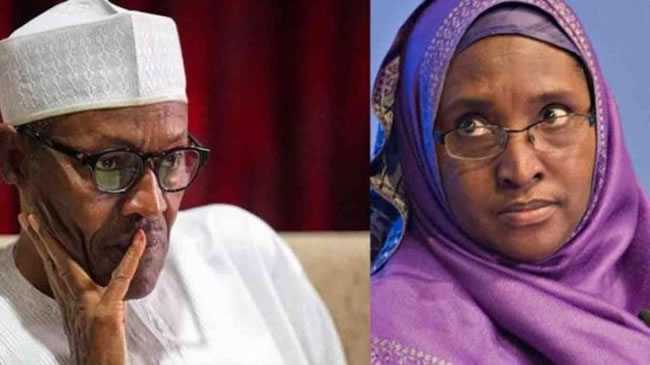 Two things that stood out in President Muhammadu Buhari’s 2021 budget presentation at the National Assembly last week are the desire to steer the economy away from racking up debts to increasing its revenue generation capacity and plugging leakages in the system through bloated personnel cost but he left out inadequate remittances by revenue-generating agencies. SULAIMON OLANREWAJU reports.

While presenting the 2021budget christened Budget of Economic Recovery and Resilience last Thursday at the National Assembly, President Muhammadu Buhari lamented the poor state of the nation’s economy.

He had said, “The Nigerian economy is currently facing serious challenges, with the macroeconomic environment being significantly disrupted by the coronavirus pandemic. Real Gross Domestic Product (GDP) growth declined by 6.1 per cent in the second quarter of 2020 and this ended the three-year trend of positive, but modest, real GDP growth recorded since the second quarter of 2017.”

But even before the pandemic, the economy had for years been in a dire strait. Shortly after the President’s assumption of office, the economy went into recession in 2016 and was only able to come out after five quarters. But even after exiting recession in 2017, the economy only experienced marginal growth. Commenting on the nation’s economic growth in 2019, Amine Mati, former International Monetary Fund (IMF) Mission Chief in Nigeria, said the economic growth was too slow to reduce poverty or unemployment. Consequently, the current administration has been operating budget deficit and has leaned seriously on borrowing to finance its budget.

Speaking on the proposed expenditure and the anticipated revenue, President Buhari said “Total federally distributable revenue is estimated at N8.433 trillion in 2021. Total revenue available to fund the 2021 Federal Budget is estimated at N7.886 trillion. This includes Grants and Aid of N354.85 billion as well as the revenues of 60 Government-Owned Enterprises.”

Consequently, the country would borrow the sum of N4.28 trillion to partly finance the budget.

Expressing his concern over the situation, the President said, “Let me emphasise that revenue generation remains our major challenge. Nevertheless, government is determined to tackle the persisting problems with domestic resource mobilisation, as there is a limit to deficit financing through borrowing. The time has come for us to maintain a healthy balance between meeting our growing expenditure commitments and our long-term public financial health.”

The second leg of the President’s concern is the continuously rising personnel cost.

The President had said, “Personnel cost is still our largest single item of expenditure. In the seven months to July 31, 2020, it accounted for 34 per cent of total Federal Government spending and is projected at 33 per cent of 2021 expenditure.”

According to the budget estimates presented by the president, the Federal Government would expend N3.71 trillion out of the N13.08 trillion proposed for the country in 2021 on its personnel.

To tackle this twin challenge of poor revenue generation and high personnel cost, the government is deploying two strategies. To increase revenue mobilisation, the president has proposed an amendment of the Finance Act 2020, which was signed into law early this year by him. He had told the lawmakers, “I have directed the Minister of Finance, Budget and National Planning to finalise the Finance Bill 2020, which will be forwarded for your kind consideration and passage into law, shortly after today’s 2021 Budget presentation. The Finance Bill is to support the realisation of our 2021 revenue projections, adopt appropriate counter-cyclical fiscal policies and enhance the efficiency of fiscal incentives.”

To stem the tide of the bloating personnel cost, the government came up with the Integrated Payroll and Personnel Information System (IPPIS), an ICT intervention to improve the effectiveness and efficiency of payroll administration for Ministries, Departments and Agencies (MDAs).

According to the president, “To check the incidence of payments to non-existent personnel and unauthorised allowances, only Federal staffs that have been captured on the Integrated Personnel Payroll Information System (IPPIS) platform will receive salaries.”

Apart from university staff who have expressed their opposition to this intervention because of their peculiar situation of sabbatical leave payment and earned allowances, the deployment of IPPIS will largely eradicate the issue of ghost workers in federal civil service and, as a result, stem the tide of bloated personnel cost.

Although the Finance Bill was signed into law early in the year by President Buhari, the implementation of many of its part was put on hold as a result of the COVID-19 pandemic.

The Finance Act (2020), whose essence is increasing the revenue accruing to the Federal Government and eliminating tax evasion or avoidance, consolidates many tax provisions from different tax statutes into one statute.

Section 13 of the Companies Income Tax Act (CITA) was expanded to bring revenue-earning electronic or online businesses in the country within the tax net. Section 16 of the CITA was further amended to define investment income for the purpose of bringing life insurance companies into the tax net.

The Act also increased the monetary penalty for late filing of tax returns. The CITA categorises companies into small, medium and large. Any company with annual gross turnover of N25 million or less is categorized as a small company and is exempted from tax liability.  A medium-sized company is one with annual gross turnover of over N25 million but lower than N100 million. Such companies will pay income tax at the rate of 20 per cent, while companies with turnover above N100 million pay income tax of 30 per cent.

Section 49 of the Personal Income Tax Act (PITA) has been amended to make the provision of Tax Identification Number mandatory for persons intending to open a new bank account for purposes of business operations or for continuation of operation of such bank account. This is to make it easy to bring everyone in business into the tax net.

With all of these, the country is set to generate new funds in the ensuing year.

However, while it is a welcome idea to increase revenue generation through taxes and to avoid paying ghost workers, it is equally important that the government beams its searchlight on its revenue-generating agencies

For instance, the Department of Petroleum Resources (DPR) was queried by the Senate for remitting just N44.5 billion into the Consolidated Revenue Fund out of the N2.4 trillion it generated in 2019. It’s Head of Planning, Mr Johnson Ajewole, who stood in for the Director General, Sarki Auwalu, during the enquiry at the Senate, confirmed that the agency actually remitted N44.5 billion out of the N2.4 trillion generated in the year under review. According to him, the DPR management deducted N88 billion, which is four per cent of the sum generated, as the approved collection fee. Imagine! The agency deducted collection fee despite having staff that are on government payroll. Even at that, he could not give any convincing account of what happened to the over N2 trillion balance, about half of what the country will borrow to fund the 2021 budget and one-seventh of the whole budget, which he said went into operational cost and overhead.

The story is not different in the Nigeria Customs Service, FIRS, NNPC, NAFDAC and other revenue-generating agencies; they remit into government coffers whatever they like. With proper monitoring, remittances from just seven of the agencies will be enough to fund the 2021 budget. If the government is serious about plugging leakages in the system and mobilising revenue locally, it has to pay attention to these agencies, otherwise what is gained on the roundabouts would be lost on the swings and the deplorable state of the economy will persist despite the humongous revenue in the country.