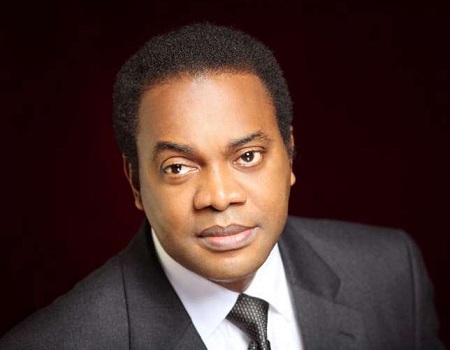 Mr Duke who was also a former ‎Presidential Aspirant under the PDP while announcing his decision to dump his former Party today at the National Secretariat of the SDP declared that he decided to join the SDP as the PDP had derailed for what it noted for the time he joined the party at its inception and that he opted for the SDP as it remained the Party to beat under the new political dispensation.

This is coming just as the Party declared that its presidential nomination for the 2019 general election was not zoned to any part of the country, but opened to all eligible Nigerians irrespective of their zones.

The Deputy National Chairman of the Party, Abdul Isiaq, in company of the National Secretary of the party, Alhaji Shehu Gabam disclosed this yesterday when he received the former Governor of Cross River state, Donald Duke at the party’s National Secretariat in Abuja.

Isiaq who clarified that the party had not zoned its Presidential ticket to any part of the country to douse the inquiries on the position of the Party on the matter said, ” the party gives Nigerians the Constitutional right to test their popularity. People do mistake to think that the decision of the party in power will be affecting every other political party.”

According to him, “SDP is an opened door party. It is about mobilization and canvases. Whoever the party chooses as its candidate, so shall it be.”

He welcomed Duke to SDP, saying SDP is a party with committed members and driving force. Our platform will be committed to the process.”

Duke, in his remarks, said that he left the Peoples Democratic Party (PDP), where he had been a member for 20 years because the party had lost its values and now a shadow of itself compared to when it was formed by its founding fathers.

“The PDP we joined in 1998 is certainly not the same party that is in place today. When the former President of the country, Chief Olusegun Obasanjo walked away from the party, you should know there is problem somewhere.

“PDP is the first truly National Party, but over the years you will see that it lost that and became a shadow of itself. That today is zoning is actually a betrayal of the ideals it started off with.”

He said that he also left PDP to SDP because the nation was seeking for rebirth and most Nigerians were seeking for something different and better, which the SDP represented.

“I believe that the nation is seeking for rebirth. I believe that most Nigerians are yearning for something different and better and I am hoping that like minds, as we see, will come together.

Duke who also disclosed that he would be contesting for the position of the President under the platform of SDP said that though 2019 elections might be tough, he was confident of victory.

When asked by newsmen, his view on the President’s refusal to give his assent to the amended Electoral Act, Duke said that there were a lot of politics around the electoral act.

The president’s refusal to assent the bill might not be unconnected to the issue of reordering of the election sequence.

According to him, “I think that is still largely the underlined reasons for the refusal of the President veto the amended act. In politics, people want to take advantage of what will satisfy them.”