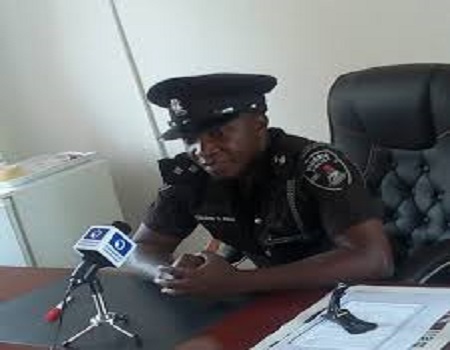 The police in Lagos have begun investigations into two separate incidents in two companies in the state, where two workers died while on duty.

A 50-year-old man, who was operating a machine at a company in the Odongunyan area of Ikorodu fell into a melting hot pot and died on the spot.

Another 35 years old man died while operating a machine in another company along Kudirat Abiola road in the Oregun area of the state.

The image maker in charge of the state police command, Bala Elkana, confirmed both incidents to Tribune Online in a statement signed by him on Sunday.

ALSO READ: Buhari tasks ASUU, others on sex for grade

“Consequently, the victim died on the spot. Homicide detectives have visited the scene.” Elkanaalso stated.

The police image maker added that: “The corpses were evacuated to a public morgue for autopsy. An investigation is ongoing.”

“In another incident “On 19/11/2019 at about 2020hrs, one Olatunde Femi ‘m’  35yrs old, a moulding machine operator, at Multipak Nig. Ltd., located at Plot F28, Kudirat Abiola Way, Oregon, allegedly got trapped while operating the machine. ”

“Consequently, the victim died on the spot. Homicide detectives visited the scene.”

The corpse was evacuated to a public morgue for autopsy while an investigation is ongoing.

PDP’s attempt to rubbish our victory will fail ― Kogi govt