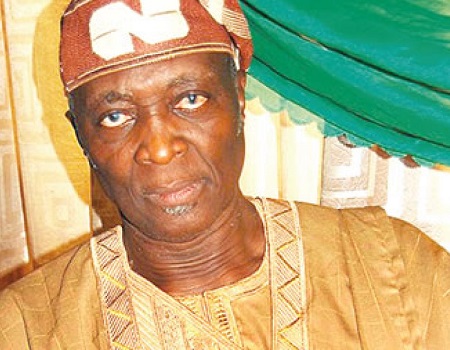 THE Yoruba Council of Elders (YCE) has declared that Nigeria is at a crossroad and battling with numerous challenges describing it as an ugly situation that needs to be addressed and also condemned the introduction of operation positive identification by the military in the country, saying it’s “a misplaced priority”.

This was stated in a communique issued and read after its meeting held at its No 3, Ekiti close, old Bodija, Ibadan, on Thursday, by the Secretary-General, Dr Kunle Olajide, who was flanked by the President, Honourable Justice Ademola Bakare, OON.

YCE also commended the endurance and patriotism of Nigerians in this difficult times because most Nigerians are “groaning on hunger, pain and disease.”

The Yoruba elders stated that they are compelled to draw the attention of the country’s political leadership to the ugly situation in the country.

The association which listed to several areas where it expected both the federal and state governments to make adjustments said: “Nigeria is at a crossroad battling with numerous challenges- insecurity, unemployment, poverty, disease, which are all manifestation of governance deficit.”

“operation positive identification by the military is definitely a misplaced priority and a distraction for the military which should be busy protecting our country from invasion by ISIS and Boko Haram.

“The military can ill afford this distraction in these trying times since Nigeria is not in a State of emergency. If need be the operation should be restricted to the North East.

“Until 2015, insecurity challenges, kidnapping, murders and banditry was essentially limited to the North East, with occasional spillover to Northcentral and Abuja. In 2019, Boko Haram has been largely decimated but insecurity-kidnapping, murder, banditry, herders’ farmer’s clashes have enveloped the six zones of the country.”

Olajide further noted that the council welcomes the idea of President Buhari’s determination to lift 100million Nigerians out of poverty in the next 20 years but “regret to say that as long as this Unitary system of Government is not abolished for the enthronement of a truly Federal Structure that pronouncement will remain a pipe dream.”

Olajide then advised President Buhari to “urgently revisit the 2014 National Conference resolution and the El-Rufai committee, set up by the ruling APC, report on devolution of powers if the country must make progress. Necessary bills including a bill on referendum must be forward without delay to the National Assembly and State Assembly for the required constitutional amendment.”

Ganduje promises to solve challenges of NYSC in Kano