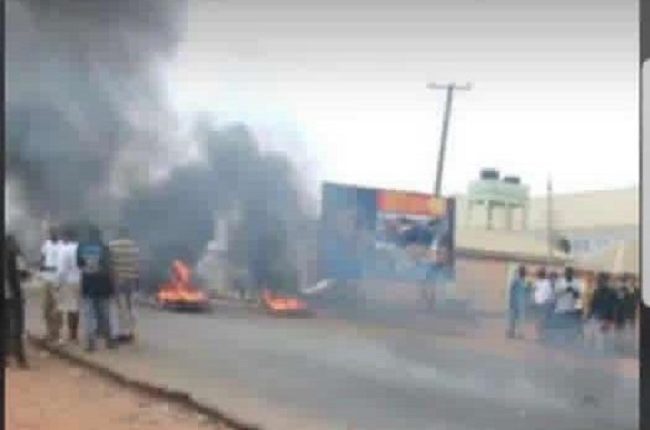 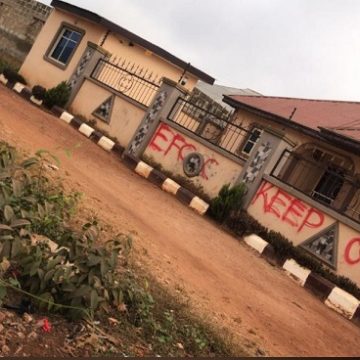 Some suspected internet fraudsters, on Tuesday, staged a  protest in Ilesa, Osun State over what they described as incessant brutality of security agencies on their members.

The protesters who barricaded major roads of the town as early as 10.00 a.m, also caused a traffic jam at Osogbo- Ilesha expressway as they made bonfires in the town.

The development which prevented free movement of vehicles from the axis, according to an eyewitness account, also affected the commercial activities in the area as traders hurriedly closed their shops for fear of looting.

Informed sources disclosed that the protesters who were mainly youths staged the protest to show their displeasure to the arrest of some of their colleagues at different hotels in the state by the Economic And Financial Crimes Commission (EFCC) officials.

The Federal Government is owing the university workers, under the National Association of Academic Technologists (NAAT), the Senior Staff Association of Nigerian Universities (SSANU) and the Non-Academic Union of Universities and Associated Institutions (NASU), over N150 billion earned allowances…Yahoo boys on rampage in Osun

“Please do not talk to my father. He is yet to come to terms with the death of his son. It is the most tragic experience. How does one quantify the loss of a dear brother? My brother was killed like an animal by two herdsmen. His offence was that he asked them to drive their cows off his already cultivated farmland,” Bisi Olaosepin, whose brother was hacked to death, struggled to hold back his tears as he relayed to Sunday Tribune the horrible experience that culminated in the passage of his brother…Yahoo boys on rampage in Osun

Police arrest one as four men gang-rape teenager in Benue