Why govt is deaf to Nigerians’ cry for restructuring —Badejo 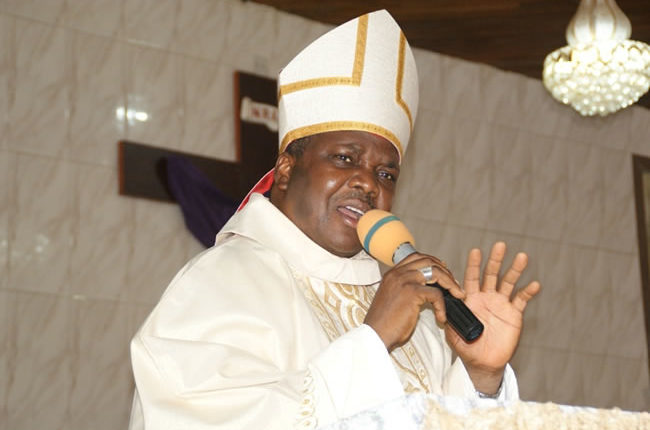 It is his 35 years as a priest and he is still very active in service. Currently the Catholic Bishop of Oyo Diocese. Most Reverend Emmanuel Badejo, in this interview by SEYI SOKOYA, speaks on national issues and admonishes clerics across the board on the need to align on their core responsibilities.

Agitation for restructuring has continued to persist, even clerics have been lending their voices. A notable cleric, Pastor Enoch Adeboye, last week also raised serious concerns on the issue. As one of the authorities in the vineyard, what is your position on this issue?

Pastor Adeboye’s position on the need for the country to be restructured should not come as a surprise to anyone because a lot of times Nigerians have been talking about it. We have been talking about this for years and if anyone finds it a surprise, that person himself is a surprise. Pastors, technocrats, politicians, average people on the street have been talking about the need for Nigeria to be restructured. In fact, what has surprised me is the politicisation of what restructuring is supposed to mean in Nigeria. Too many people, our politicians, especially, have claimed not to understand what restructuring means. I am surprised because, basically, it is very simple English. Anything that has the prefix ‘re-’ indicates that whatever is existing at the moment is not working in an optimum manner. This country has not been working as it should. Virtually nothing is working well in the nation and that kind of structure needs to be made new. That is what restructuring ordinarily means.

So, if there is anything to be surprised about, it is those who claim not to understand what restructuring means and that it would have taken Pastor Adeboye or any one at all to join forces with the clamour for restructuring.  Looking at Nigeria as a structure, I am trying to establish equity and justice for all in the system.

Why do you think the government is still adamant and not yielding to people’s clamour for  restructuring?

Those who govern and lead us seem to understand governance as an institution that is against the people, in contrast with the people, rather than as an institution that is supposed to serve the will of the people. That is why we get all sorts of arguments as regards the work of the Federal Government or the work of the House of Assembly. The House of Assembly doesn’t seem to understand what restructuring entails. This is as a result of leaders that do not listen to the people and who do not see themselves as the voice or servants of the people. It is very clear that the people in government today are enjoying the benefit of the kind of structure that we have. Look at how long we have been shouting at the unnecessary cost of governance in Nigeria, whereas those who are supposed to be servants of the people are drawing huge amounts of money as salary and the people cannot get paid, even the minimum wage. So, if anyone is benefiting from that structure, it is only natural that they do not want that structure to change. Most of those who are in power today are beneficiaries of the absurdity of those structures. They are beneficiaries of the unjust structure, a structure that impoverishes the greatest number of intellectuals in Nigeria. Those who benefit from this will not easily accept that. I think that is clearly the reason, because otherwise, even if the people were asking for restructuring the wrong way, it is the duty of those in government to say that it is the demand of the people, set it right, especially because some of those who are in government did promise restructuring as one of their campaign promises. It will show that those who are there who promised that but are not paying attention to it have lost their integrity and should not be trusted.

What do you think the Church as an entity can do, even to make things happen?

I think the Church in Nigeria is doing a whole lot; there are too many Nigerians who turn to the Church for everything. Instead of Nigerians to play their roles in participating in their own governance they resort to praying and expecting visions, rather than work and pray at the same time. Every Nigerian has a role to play and what the Church is called to do is to educate, enlighten and enable people with the power of prayer, but the Church can never replace the government. The Church cannot take up the duty of the citizens; the citizens themselves have to take responsibility for what they need. In some cases, I would say the Church is making citizens to be lazy. Some churches even claim that by just praying, you can have your way. No, we must play our role as citizens. We must question and interrogate the role of those representing us. Interrogate the performance of our governors, senators, local government chairmen, civil servants, such that if they don’t perform, people can exercise their franchise and show them that they are not irreplaceable. Beyond educating and enlightening, the Church does not have an army to make people and the government do what they need to do.

A lot of these things should be done by the civil society and organisations that have very powerful structure? How about the teachers’ union, medical union, lawyers, engineers, businessmen? How many times have we seen them protesting against the anomalies in our structure? What the Church can do is to remind them and prick their conscience that they are guilty in this regard.

It is in the news that COVID-19 has escalated in some foreign countries. What is the implication of this? Is it that people have suspended their prayers unto God against the pandemic?

As a Catholic, I strongly believe that God will never do for people what they can do for themselves. The purpose of prayer is to call for the assistance of God to do the things that God has not given me power to do. If God has given me the power to wash my clothes, it is useless to leave my clothes dirty and pray, expecting to come back from work and meet them washed. But there are a lot of things that are beyond the power of humans to do physically and there, you need God. As regards the pandemic that has escalated, maybe it is not because of the failure of the power of prayer. It is the failure of people to pay attention to clear health instructions in areas that have high incidence of the virus. God has been extremely good to us in Nigeria due to no wisdom of ours; COVID-19 has not been destructive compared to other countries. The government and other organisations have done quite well about informing and educating people of what to do. It seems that the media and government have begun to relax in calling people’s attention to the danger in not upholding the COVID-19 protocols. I think we should not do that until we are very sure and confident that COVID-19 has finally disappeared.

What is happening in Europe and America is largely due to the fact that people relaxed too quickly. People ignored instructions and wanted to return to normal life too quickly and that is something we have been worried about as the second wave of COVID-19 might be far more dangerous than the first. It is not as failure of prayer at all. We pray that it doesn’t happen at all in Nigeria, but we have no reason at all to act foolishly like many have been doing all around anyway. I appeal to those who are responsible for the structure of information in Nigeria not to relent and keep reminding our people that COVID-19 is not over and is still quite a danger.

Pastor Samuel Babatunde, founder of Sotitobire Praising Chapel, Akure, alongside five people was sentenced to life imprisonment by a court after being convicted of kidnapping on church premises. What lesson is there for clerics learn from this?

It is a pity that this had to happen. I think the cleric was punished for a criminal offence. If indeed he was guilty of that, definitely it is totally unexpected for a cleric to engage in such ungodly act. Anything involving loss of life, the dignity of the life of anybody, should be punished. It is a big lesson to all clerics. It is not the first time that we have heard such an unfortunate criminal act. It is something that the Church should not be involved in at all. I do pray that there will be some way to help the cleric to reform and once again become a useful contributor to the society. I advise all clerics to be who they say they are: facilitators of the spiritual development of the people and congregation and to live by example in everything that they do.