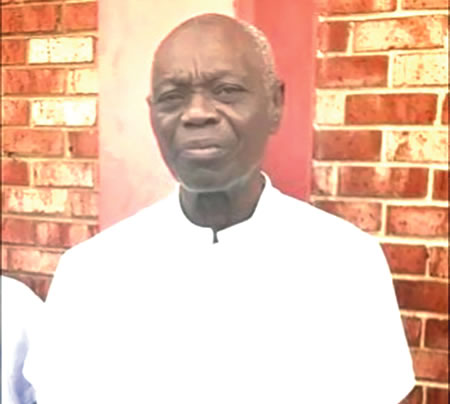 Professor David Irefin, a professor at the Federal University, Lokoja, Kogi State, is also an archbishop of Brotherhood of Cross and Star. In this interview, he speaks about the difference between his church and other denominations. YEKINI JIMOH brings excerpts.

What are the marked differences between Brotherhood of Cross and Star and other Christian denominations?

Brotherhood of Cross and Star and other Christian denominations are not the same. Brotherhood is not a church; it is the Kingdom of God on earth. You know, when the disciples went to Jesus and asked Him to teach them how to pray, He replied: ‘Our father who art in heaven, hallowed be thy name, thy kingdom come.’ That kingdom is the Brotherhood which our Lord brought to earth as it is recorded in Matthew 6:9.

Christians make so much noise and they don’t practise the word of God. They don’t love one another as Jesus told us. They are full of hypocrisy. They don’t do what they preach. They discriminate a lot. Christians don’t see Muslims as children of God. But in Brotherhood, we believe everyone is a child of God, whether you are a Muslim, Buddhist, pagan or whatever. We do what we preach.

When I was a Christian and I still had a lot of them around me, a born-again Christian does not see himself as the same with other people. They feel others are inferior to them which is not supposed to be.

In Brotherhood, we do exactly what we preach. That’s why leader Olumba stands out. He practises what he preaches and that’s why whatever they are saying about him, he doesn’t care; he forgives and takes them back as his children. That’s why we his followers emulate him.

How did you come to the Brotherhood?

I had physical contact with leader Olumba in 1988 and he had mercy on me and showed me the way. Before then, I thought I was practising real Christianity, worshipping God, but my contact with leader Olumba showed me I was not doing the right thing. And for your information, nobody joins Brotherhood; it is a universal thing. Brotherhood means all things created by God.

What actually led you to Olumba Olumba; was it personal problem?

No! My first spiritual contact was in 1982 when I was in the United States. I had a dream where I worshipped on Brotherhood altar. In that dream, I went up to Moscow in the then USSR, bowed my head and I went about preaching. Before then, there was one of my friends, a black American, who told me about Father Olumba, but I shunned him. But the dream didn’t come to pass until 1988. However, when I came back to Nigeria because of what I was hearing, a lot of blasphemy about Olumba and his followers that he was drinking human blood and all sorts of things, I became disgusted and I said I didn’t want to go to a church where they were not practising the word of God, because I was a staunch member of Celestial Church of Christ until later on when a friend of mine who had a problem of travelling abroad approached me to take him to Celestial. He had a green card, but the US Embassy refused to give him visa. So, he told someone who secretly took him to Calabar to meet Olumba and he was baptised and Father Olumba just told him ‘I have given you the visa.’ And surprisingly, when he got to the embassy the following day, he was on the queue when a white man just picked him out of the crowd and gave him the visa.

So, it was this friend who actually told me to follow him to Olumba. But I refused. He, however, told me he had a dream where he saw the two of us going to Brotherhood, but I disregarded him again. Surprisingly, that very day, I had a dream and saw someone who asked me, ‘did somebody tell you of Brotherhood of Cross and Star?’ I said yes. He said ‘invite them to your house.’

So, the following day, I invited them to my house; but my intention was actually to preach to them and convert them to my church, because we had a soul-winning programme that time and I was fasting that day; it was a Thursday. I didn’t know that they too were fasting as it was the holy day of Brotherhood. So, they came, prayed and did house warming. They gave me so many tracts and left and I just threw them somewhere. But that very day, I slept, had a dream and  saw Father Olumba, now in red attire and he said to me ‘my children came to your house to preach to you yesterday.’ I said yes sir. He asked ‘didn’t they give you tracts?’ I said they gave me many. He said ‘go there and pick the one entitled ‘My Mission’. And when I woke up, I picked it and read and that actually transformed my life, because after reading it, I was sorry for myself. And I said so all these things I was running helter-skelter doing in the church were not the right way. The following day, I went to them I asked if I could be baptised, they said yes and thereafter baptised me. So, this is the way I became a member of Brotherhood.

Is it Olumba you people worship or God Almighty?

Also, in the late 1970s, there was one Prophet Johnson in Lagos who saw that all the churches were just like signboards and none was actually worshipping God in the proper way. I myself I had a similar dream in the early 80s. So, all these churches are only worshipping angels and not God. And if you tell them now, they will grow annoyed and begin to argue. That’s why you see the doctrine of Catholic is different from Anglican’s and Anglican’s from Celestial’s and so on. Leader Olumba Olumba is the one who has come to teach us the doctrine of Christ and how to worship God.

With the level of your education and exposure in life, don’t you think your philosophy will look odd to people?

I will not be surprised because people did not believe people like Peter, Paul and other disciples when they were preaching.

Now, you are an archbishop…

It pleases the father to make me one, because I am not qualified. I am an archbishop in charge of Directorate of Evangelism worldwide.

The conversations on Agboola Gambari