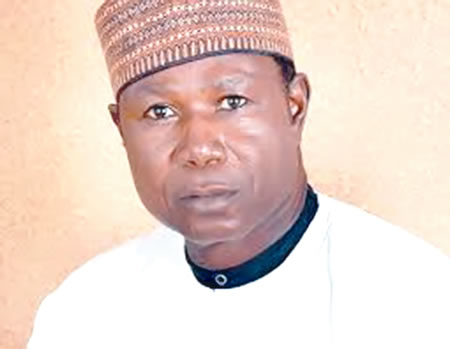 The national president, Middle Belt Forum, Dr Bitrus Pogu, in this interview with ISAAC SHOBAYO, speaks on the admission of the Biafra and the Yoruba nations by the Unrepresented Nations and Peoples Organisation (UNPO) as its members and the controversies trailing the recognition, especially in the northern part of the country.

WHAT is the position of the Middle Belt on the recognition given to the Yoruba and Biafra people by UNPO?

The Middle Belt is still consulting, but we are with the Afenifere, Ohanaeze Ndigbo and PANDEF. We will discuss further and this is a struggle that we believe in. We are still studying the situation. These groups are better organised than us. Afenifere and Ohanaeze are better organised. The reason is simply that they are more of monolithic group, while our is a heterogeneous group with nearly 200 nationalities.

The recognition is currently generating controversies, especially in the northern part of the country. What do you make of that?

It is a good development that they have been admitted as UNPO members. If this contraption called Nigeria is not working, why should we continue to pretend that all is well? We have a lot of nationalists among the Yoruba nation likewise in the Middle Belt and the Eastern part of this country. But some people continue to create problems for other groups in the country. Why do we have Boko Haram and Almajiri in the North? They are a nuisance. If some people don’t want to progress, they should not stop others who want to progress or are progressives. All of us subscribe to one Nigeria, but that one Nigeria should be renegotiated. Let us have true federalism so that we can stay together. If some people are tired of being lumped in a group that is making progress impossible, such people should be allowed to go. A common electoral system some people don’t want it to work because they want to continue to manipulate the system to have their way. Why shouldn’t people revolt? What they are doing can be resolved in one way, that is we all embrace true federalism. If we do this, there will be no IPOB, Biafra or Oduduwa Republic.

The issue of legitimacy or not is subject to interpretation. I am not a legal person to interpret whether it is legitimate or not but one thing I know is that our constitution allows freedom to associate. And if they feel that is the way of protest, it is okay. But all we are saying is that let this country work through federalism. It may not come at once, but let us take it gradually and start moving. Let each federating unit develop its resources so that each can survive on its own. Let us give a time frame within which this can be achieved. It might be five years or ten years maximum. I can assure you that all these agitations will go.

Is such recognition healthy for the country at the moment?

Those who created the problems we are battling in the country should determine whether it is healthy or not. You don’t cage people and use intimidation and blackmail to keep them in line. That is not how things are supposed to work. The National Assembly should look at this development with all seriousness and ask: why did we come this far? The simple answer is let us go through federalism, let things work, let the electoral system work so that INEC will not just be doing whatever it likes. Let us go electronic. Why wouldn’t the president sign the amended Electoral Act? If things are working rightly in this country, this would not happen. Let us look at the problem, the whole problem, the root cause of the problem rather than proffering solutions to the symptoms.

Are you saying all these can be achieved through restructuring?

This is what we have been clamoring for. We need to restructure and if we restructure, all these agitations will disappear.

It is like there is a misconception about this restructuring. In what way are you looking at it?

Every section of this country knows what they need. Those of us in the Middle Belt have been struggling right from the Independence under a yoke which has become burdensome. We want states for our people. Look at Nasarawa, since it was created some people outside the state determine who becomes the governor and the indigenes hardly move to the seat and this is happening all over the place. People are coming in and killing others at will and no arrest is made. When you cry, nobody listens to you. People like us in the North want more states where our people can express themselves and live peacefully. Secondly, we want state police where our people can protect themselves appropriately. Even this resource control, there is nothing bad about it. All the federating units in this country are viable; they have adequate mineral resources that they can fall back on. If we can follow this, Nigeria will be better for it.

But because the centre is so lucrative, they would do anything possible to install their own. That is not good and healthy for this country. Each section of this country has its interests, I just mentioned two, there are so many others. Every state has potential. Those that are interested in controlling their oil let them have it. I want to say that oil is not the most lucrative resource in the world.  In this country, we have to explore human resources and technology. So, each unit simply contributes to the centre, those things that need to remain at the centre for our common good will remain. If we embrace restructuring and move to federalism, all these agitations by Igbo, Yoruba and others will stop.

But the feeling is that federal character to some extent has not taken care of some of these agitations.

Everybody at the top wants to do whatever they want to do and they will do it without being questioned because our president is the most powerful president in the world. When you said every state must produce a minister each, does that reflect a federal character, especially when every other appointment is going to one section now? This is the time to reflect and take action that would allay our fears. The recognition of the Yoruba nation or the people of the South West by the UNPO is a welcome development.