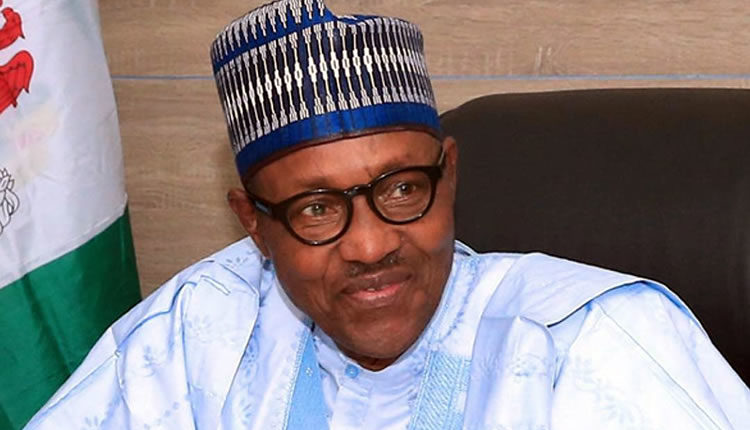 ALMOST everyone who has the sensibility for debates and discourses, and who is also old enough, will be familiar with the name of Chinweizu. He was the eponymous literary figure that was at the centre of the literary debate around the nature and content of African literature in the 1970s. The debate did not only swirl around him, he was the point’s person for instigating the question of what it means, or does not mean, to do “African literature.” This was a debate that came on the heel of Africa’s political independence, and the end to official colonialism. Independence brought just more than the euphoria of being free at last from the horrors of colonisation. It raised several other crucial issues having to do with what it means to be Africans in thoughts and in deeds. And this discourse resonated in African literature, African History and African philosophy. The African historians took on the gauntlet of challenging the colonial historiographical discourse on blackness and the colonized. The study of oral literature therefore became the arrowhead of the anti-colonial and anti-imperialist intellectual reactions and discourse against the colonial intellectual and epistemological hegemony.

In African literature and African philosophy, the discourse was even more virulent. And this is because it went to the very heart of those disciplines themselves and how they can be done. The question of “what is African literature?” was not a mere academic one, like what is economics? Any answer to the nature and meaning of African literature necessarily carries an ideological burden of denoting what makes anything “African.” While we may have a very tough time in speaking about “African mathematics,” except in terms of the provenance of mathematical axioms, rather than their universal applicability, the same does not apply to literature grounded on contextual subject matters and motifs. Yet, African literature was almost submerged in a spurious universalism that wanted to subsume Africa’s literary representations under Euro-American imperatives. Language therefore became the subject matter for a discursive battle, and the nomenclature of what to call the space of those literary representations became the first level of the battle to reclaim Africans’ capacity to tell their own stories according to the demand of their contexts and experiences. And Chinweizu was at the forefront of this ideological act of redefinition and reclamation.

When I asked where Chinweizu is, I am obviously not asking for a temporal location of existence. Born in 1943, Chinweizu is 78 years old now. Indeed, all those involved in the early discourses are quite old now, and some are long dead. The indefatigable Wole Soyinka himself, with whom Chinweizu had the engaging and defining debate, is 86 years old, and speaks to a lot of dynamics and questions. The major question for me is simple: what has happened to fundamental discourses on ideological issues relating to who and what we are as Africans, and as Nigerians? Have we become too consumed by our postcolonial condition that we have allowed our collective predicaments to consume us? Has Chinweizu himself been consumed by postcoloniality? Or has old age taken its toll on a brilliant mind? How come we have arrived at a stage in our national existence that we now respond only to our quotidian conditions—banditry, kidnapping, Boko Haram, etc? We have lost sight of those fundamental discursive matters that ought to serve as the foundation for organising ourselves as a nation. Matters of national identity, national belonging, national consciousness, and so on have fallen out of the discursive spaces.

I grew up intellectually in the 70s and 80s feeding on these debates and discourses about decolonisation and the urgent need to liberate the African continent. Iconic intellectual names like Ngugi waThiong’o, Nnamdi Azikiwe, Amilcar Cabral, Franz Fanon, Obafemi Awolowo, Nelson Mandela, Wole Soyinka, Chinua Achebe, Billy Dudley, Claude Ake, etc. loomed large in our political theory syllabus on decolonisation. Ngugi is still the leading voice on the imperative of decolonizing the African mind of all the dangerous remnants of imperialism and colonialism. I remember that Ngugi’s decision to “abandon” the English language as the vehicle for his fictional and non-fictional works appeared extreme then, but that is not to lose focus of his militant intellectualism against the numbing effects of colonisation on the psyche of the Africans. Part of our question then, which is still relevant for now, is how theoretically and practically independence and liberation are two different conceptual animals.

And then our theoretical confusion was taken over by the giants in the literary and philosophical intellectual space and turned into a discursive fireball. The Makerere Conference of African Writers of the English Expression was the first in the long series of discursive altercation that had significant implications on the future of the continent. From Ngugi to Obi Wali, Eskiah Mphalele to Chinua Achebe, the African writers present at the conference were confronted with the instrumentality of the English language in the determination of the literary representations of Africa and her future. And then this later snowballed into a one-to-one “battle” among the giants. The most memorable for us back then in graduate school was that between Wole Soyinka and Ali Mazrui.

In 1986, Mazrui released his highly successful but also highly criticised television series, The Africans: A Triple Heritage and it jumpstarted a real intellectual furor around the idea of what it means to be an African. The thesis behind the television series is simple: Africa cannot lay claim any longer to a pure indigeneity that is uncontaminated by the Christian and Islamic influences arising from Arab and European colonialism. And that is what, for Mazrui, constitutes Africa’s triple heritage; what we can say defines who is an Africa or “Africanness.” Two different types of critique considered Mazrui’s series to be anti-Western and anti-African. Soyinka saw Mazrui’s thesis of a triple heritage as nothing but a “triple trope of trickery.” And what is more, for Soyinka, Mazrui has no locus standi for pontificating on what Africanity or Africanness is since he is merely “an acculturated Arab.” But then, Mazrui considers himself a bona fide African. What or who then is an African?

This discourse on identity opened up several significant vistas on how Africa could be located within the global scheme of things that colonization facilitated and which crucially undermined Africa’s capacity for self-definition and self-innovation. The lesson from the Mazrui-Soyinka debate is how Africa can define itself outside of the orbit of Euro-American influence. However, by the time the next big debate occurred in the 1980s, mostly outlined by the Chinweizu-Soyinka discourse on the decolonization of African literature, the discursive space was responding to the question of what ought to be a writer’s responsibility to his or her social milieu. When Wole Soyinka won the Nobel Prize for Literature, there was an outcry as to why someone as dense and elitist as Soyinka would win such an award, and someone as simple and didactic as Chinua Achebe would be passed over. By the time Chinweizu and his intellectual collaborators wrote Towards the Decolonization of African Literature (1980), Chinweizu had taken up the issue at a deeper level of literary responsibility. A poem, for instance, for Chinweizu, must not only be, it must also mean something. But when it is filled with archaism and clear obfuscation, then it leads the reader into what he and his collaborators called “a wilderness of insipidity” that does nothing to edify the society.

Writers have a deep responsibility to their society. And this is all the more so given the postcolonial predicament that has superimposed itself on the Nigerian society. Soyinka himself speaks about the social anomie that threatens to swallow us all. But an even greater challenge now is not only the enormity of the social anomie, or the absence of intellectuals and scholars. Rather, it is the palpable absence of the space of discourse on the fundamentals of postcolonial representations of our lives and existence in Nigeria. In the age of social media and the creeping irreverence that it has inspired, then there is a grave concern about achieving a discursive mentorship, the type my generation was blessed with, through a relentless framing of fundamental questions and issues in the public sphere.

This is the responsibility of scholars and intellectuals. But where are they? Where are the big issues to be framed and discoursed? What could we now consider the enduring impact of the multifarious discourses on the Nigerian condition on national rebirth and value orientation? How do we deploy value reflection on the fundamentals of our collective existence into our collective consciousness? This is the great advantage deriving from the energetic restlessness of multiple discursive spaces churning out ideas and ideals on how Nigeria could overcome not only its social anomie but also its development deficits. I have always been interested in Nollywood as a significant tool for cultural change and reflection, the question is whether we can transform it into a discursive rather than just an entertainment space.

Ideas matters. Argumentations also matter; and both in a postcolonial context where the critics as well as the intellectuals have nearly been silenced by their collective predicament.

GIANT IN THE TROPIC OF AFRICA: Professor Dele Jegede