What is medical marijuana? 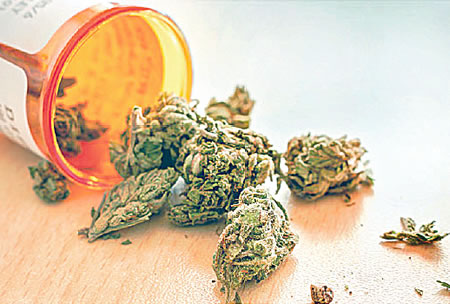 I recently learnt that Marijuana (Igbo) is being used in some countries for the treatment of some medical conditions making the drug to be on high demand and of immense commercial value. I want to know if this is true and how it will affect the problems of drug abuse and addiction.

The term ‘medical marijuana’ refers to using the whole, unprocessed marijuana plant or its basic extracts to treat symptoms of illness and other conditions. Although the U.S. Food and Drug Administration (FDA) has not recognised or approved the marijuana plant as medicine, however, scientific study of the chemicals in marijuana, called cannabinoids, has led to two FDA-approved medications that contain cannabinoid chemicals in pill form.  Because the marijuana plant contains chemicals that may help treat a range of illnesses and symptoms, many people argue that it should be legal for medical purposes. In fact, a growing number of states in the US have legalsed marijuana for medical use. California was the first state to legalise the use of cannabis for medicinal purposes in the United States, in 1996. Till date, there are 28 states and District of Columbia that have legalised the use of medicinal cannabis. So far, researchers haven’t conducted enough large-scale clinical trials that show that the benefits of the marijuana plant (as opposed to its cannabinoid ingredients) outweigh its risks in patients it’s meant to treat. Therefore, legalising cannabis for medical uses should still be done with caution.

Ninth Assembly: Gbajabiamila for Speaker and the case for merit

What are the signs of diabetes?