We’ve allowed ourselves to be controlled by executive —Rep 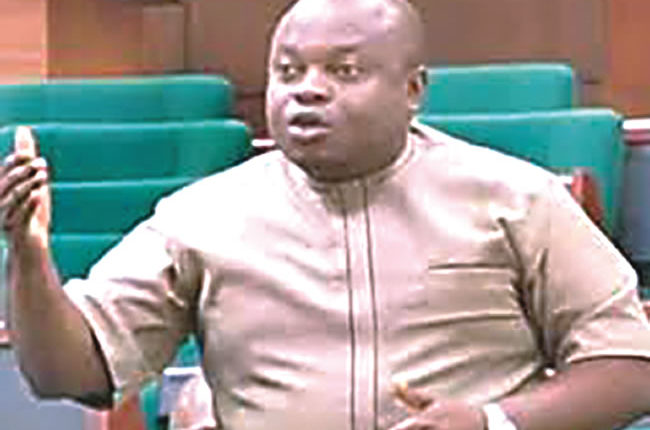 A former deputy Chairman, House Committee on Petroleum Resources (Upstream), Honourable Mark Gbillah, in this interview by KEHINDE AKINTOLA, bares his mind on the ongoing debate on the powers of the National Assembly to invite the President to respond to issues of national concerns. Excerpts:

WITH the benefit of legislative experience do you think it is parliamentary for a motion seeking to suspend relevant House Rules to admit Mr President and the security chiefs as listed on Order Paper without giving any justification till the end of the legislative activities for the day?

With regards to the consideration of issues, based on our laws and the Rules of the House, things have to be put up for debate because they can become resolutions that are binding and this consideration was not given. Of course, it is not parliamentary to suspend a motion of such magnitude by fiat. I have always made this point that unless the leadership of both chambers of the National Assembly to understand that they are first among equals, they would not be displaying true leadership in the operations of either chambers because they made it seem that they’ve been given that privilege. They are lording things over their colleagues. That is wrong. And they are using their positions now apparently because this is what happens when Nigerians say that they are a ‘lame duck’ legislature; they would complain that they are being accused falsely. But how else would you explain the news that is in all quarters that, that (with APC Governors’) meeting, which was very glaring. Everybody heard about that meeting; that they took the position that the president would no longer come before the House. And then, that issue that was brought in the Order Paper that was not considered in the Order Paper but stepped down without any consideration whatsoever. That is not in line with due process and our rules which they referred to.

It’s very clear that they are now executing the agenda of the party against the wishes of the people. And at this juncture, Nigerians need to rise up to the fact that they need to take their fate in their hands and make it clear to this administration. And they will have that opportunity soon to remove them from power. And I want to admonish the #EndSARS youths to maintain all form of decorum and lawfulness in expressing their grievances because what they need to do now is to mobilise themselves to take this agitation to the ballot box. If they mobilise the way they did towards the elections, they will have the credible leadership they desire. Because most of them are not registered to vote, you cannot use another medium of receiving respite from the challenges you have, if not through democracy that we practice as a country. So, they need start to mobilising themselves to register. Some of us are going to join that call; we will go back to our constituencies, mobilise the youths, women and all the eligible people to register to vote and to be ready to defend their votes, no matter what form of intimidation they may face.

The belief in some quarters is the opposition in the current political dispensation is weak, possibly because of its romance with the All Progressives Congress (APC) leadership

As far as I’m concerned, I only recognise the leadership of the PDP caucus. The so-called opposition leader was appointed by the APC leadership of the House. He was not selected by any group of minority members, he was imposed on the House for the very reason you are seeing here, so that we could not provide any credible opposition, in the midst of all that has been going on, have you heard any utterance from this so-called opposition leadership of the House? And it is a shame on even the APC leadership of both chambers that a resolution taken on the floor of one of the chambers of the House that has so flagrantly disregarded and they think that they are doing the damage to other people, not realizing that they are doing it to themselves and the party and to the institution? It is a shame.

Will you say that the National Assembly is exercising the powers conferred on it by the Constitution as the first arm of government, and enjoying the independence on all fronts, financially, decision making and self-regulation?

Unfortunately, the National Assembly is the first in the constitution and the framers of our constitution know why they did it. Anywhere in the world the Parliament is the fulcrum of democracy, it is the standard bearer showing there is actually democracy in that country without the parliament there is dictatorship or monarch or whichever form of government. So, we unfortunately have allowed ourselves to be controlled by the Executive to the detriment, because we are always ruled by party inclination and party sentiment not the interest of the country. It’s unfortunate that in the APC-led states where their people are being killed in droves, their governors are still coming to ask their members to support the president’s refusal to come to the House. Well, I say to them clearly that tomorrow, God forbid, they might still hear another report of another attack on their communities. Of course, I wonder what they will go back and tell their people, when there is an agreement that he should come before us; when there severally both chambers of the House even in a joint resolution have called for the removal of the service chiefs. It is obviously clear that we have abdicated our responsibility and after tomorrow when he doesn’t show up, then maybe Nigerians will now heed to the call by the PDP Caucus of the House, that they should mobilise enmass and compel their members to initiate the impeachment of the President, who has shown disregard for the people.

I want you to take note of this and put it on record, the only person elected in the Executive arm of government in Nigeria is the President, but people like to say the president and the vice-president, it’s not correct. We voted for the president and chose who he wants as vice-president. So he has clearly disregarded the Nigerian people by disregarding the Parliament where over 400 people have been elected to represent them and to be their voice on issues concerning them; that shows a clear disregard for the people of Nigeria.

How will you describe the role played by the governors and the comment credited to the Attorney General that the National Assembly crossed its bounds to summon the President?

It’s unfortunate and I question his qualification as a lawyer fundamentally and then not to talk of his qualification as a Senior Advocate, because he seems to be totally oblivious of the provisions of the Constitution he has taken an oath that is required to protect because the resolution of the House clearly as enshrined in relevant sections of the Constitution empower us to summon and obtain information from anybody. I saw a copy of the statement and I am totally embarrassed to call him the Attorney General of the Federation and I want it to be on record without fear or equivocation. Because of the fact that, he made reference to the provision of the President exercising the power of the Commander-in-Chief under section 218 without understanding that under that section 218 in subsection 4, it says the National Assembly has the powers to make laws for the regulation of the powers exercised by the President as Commander-in-Chief. So we are the ones to even make laws to regulate how he exercises his powers and then you are saying we don’t have the powers to summon him? Section 88 and 89 is very clear?

Is the position of the AGF not contempt on the legislative powers and Privileges?

Of course it is complete contempt, and that’s why i said without fear or equivocation and I challenge the AGF to a debate in this regard and I don’t believe he understands the Constitution, to be making such a pronouncement in total disregard of the Constitutional provisions, it is in fact shameful to say the least that he can be saying that.

In that sense, can you say your privilege has been breached by the AGF?

Yes obviously, our privilege as members the National Assembly has been breached and we will be taking that up formally in that regard.

With the body language of the leadership of the National Assembly, do you see it leading us out of the doldrums as a nation?

Recently, I had a cause on the floor to apologize to them because they were taking it personally my stance on the rule of law and insistence on the truth, when I made pronouncement on the media that they are acting as a lame duck leadership. Now look at what has transpired and I must indict myself because I’m also a member of the National Assembly. What would you say this display is? Is it lame duck or not? That you take a resolution on the floor, and then you get intimidated and rail-road by your Governors into rescinding your decision; because you are afraid to put your President on the stand; if the President is incapable of speaking and express himself, they should let us know so that the necessary actions as postulated by the PDP Caucus with regards to section 144 of the 1999 Constitution should be immediately brought to play, where the members of the Executive Council declare the president as incapable of carrying out his functions. Meanwhile, this is in disregard that we have the National Assembly in this country where they think security issue is beyond us, whereas in other climes in the country where we copied the Presidential system from, it is the National Assembly in those areas that determine security issues and the deployment of resources even our Constitution provides for that.