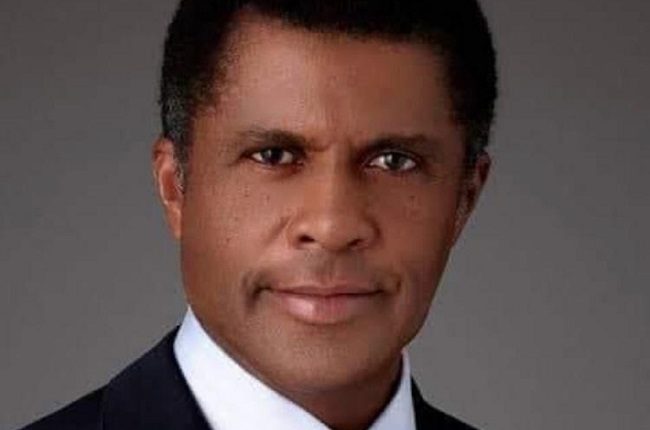 AN alumnus of the College of Medicine, University of Ibadan (CoMUI), MBBS Class of 1985, Dr Philip Ozuah, has donated the sum of $1,000,000 to the new hostel building fund of the college.

Dr Ozuah, who is based in the United States of America, announced the donation at the second anniversary of the current administration of the first female provost of the college, Professor Olayinka Omigbodun.

According to a statement released by the college and the Ibadan College of Medicine Alumni Association (ICOMAA) Worldwide, Dr Ozuah, who was a medical school classmate of the college provost, had performed the third and the last activity for the ceremony, which was the keynote lecture entitled ‘From Initiative to Finishiative – An Academic Journey’.

The statement, however, noted that some events that took place at the college recently were misrepresented, especially on the social media.

According to the statement, there was the need to provide an accurate account of the events in view of the unfortunate misinformation that is being disseminated over social media.

It said: “The three-tier set of activities for the day commenced with an opening ceremony in the CoMUI Board Room.

“The first of the commemorative events was the naming of the College Board Room after the second Provost of CoMUI, Professor A.O.K. Johnson.

“The unveiling of the plaque of the newly-named Boardroom was done by Emeritus Professor Oluwole Akande, the Foundation Provost of CoMUI and Pioneer Chief Medical Director of the University College Hospital (UCH).

“The dignitaries, thereafter, moved from the A.O.K. Johnson Boardroom to the proposed site of a new hostel complex for the sod-turning ceremony, which was the second major event for the day.

“The ceremony of sod-turning and laying of the foundation stone was coordinated by Reverend Sam Omokhodion, a distinguished Professor of Paediatrics and Chaplain for CoMUI and UCH.

“The First foundation stone was laid on behalf of the Pro-Chancellor, His Excellency, Chief John E.K. OdigieOyegun, by his representative, the Vice Chancellor, Professor Kayode Adebowale FAS, mni.

“The third and the last activity for the day was the inspiring keynote lecture entitled ‘From Initiative to Finishiative – An Academic Journey’, delivered by a Distinguished Alumnus of the Graduating CoMUI MBBS Class of 1985, Philip O. Ozuah MD, PhD.

“Dr Ozuah, a professor of Paediatrics and a multi-award winning medical educator, is the President and CEO of Montefiore Medicine, the umbrella organisation for the Albert Einstein College of Medicine and Montefiore Health Systems.

“The keynote speaker, who had accepted to be the Fundraiser-in-Chief for the Students’ Hostel Project, related a truly inspirational story of his journey from his studentship days in the College of Medicine, University of Ibadan (CoMUI) to his present status as President and CEO of Montefiore Medicine which includes Albert Einstein College of Medicine, one of the premier centres for research, medical education and clinical investigation in the United States of America.

“He expressed appreciation for the role of CoMUI in the foundational stages of his career and thanked his supportive wife and children for their contributions to the journey. There was a live audience in the AOK Johnson Board Room, as well as more than 160 students, alumni and staff of CoMUI, and other stakeholders who joined the event from all parts of the world.

“The highly-distinguished alumnus, who was a medical school classmate of the Provost of the College of Medicine, went ahead to make an unprecedented donation of $1,000,000 to the new hostel building fund on behalf of his family, while acknowledging the presence of his wife and children on the Zoom platform, where he delivered the stimulating lecture.”

In a country where economic deficit and unemployment have become the order of the day, conceptualizing a business idea in Nigeria and subsequently starting it can be likened to a goldmine which offers an opportunity for people to tap into a better livelihood.

When to test for covid