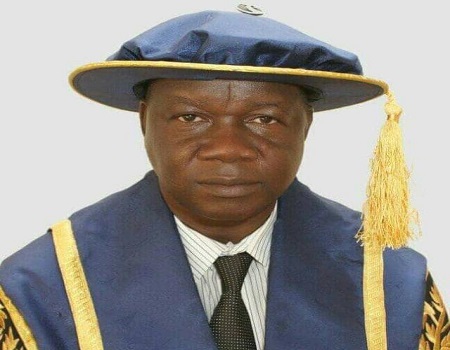 The Vice-Chancellor University of Maiduguri, Professor Aliyu Shugaba has stated that he is ready to recruit more staff for the teaching of French Language for the promotion of cultural diversity in the region.

The Vice-Chancellor made the assertion on Thursday when he received the French Ambassador to Nigeria, His Excellency Jerome Pasquier who visited him.

Professor Shugaba noted that the offer of french in the Department of Language and Linguistics has greatly strengthened the interaction between Alliance Francaise and UniMaid.

He hoped that with the grounding of french, in UniMaid, this interaction will serve as a bilateral relationship between UniMaid and surrounding French Speaking Universities.

The Vice-Chancellor further stated that the University is looking forward to a more vibrant partnership between the Government of France, Alliance Francaise and UniMaid.

He then commended the efforts of the New Director of Alliance Francaise, Abba Keri and promised to work with him in order to achieve the desired objectives as outlined.

Earlier, France Ambassador to Nigeria, Jerome Pasquier, thanked Unimaid Management for supporting Alliance Francaise in Maiduguri, stressing that the Department is active as a result of the support given by the University of Maiduguri.

Monsieur Jerome then congratulated Professor Aliyu Shugaba on his appointment as the Vice-Chancellor and also condoled him over the demise of his wife.

Unimaid has produced over three hundred pharmacists since inception ―VC