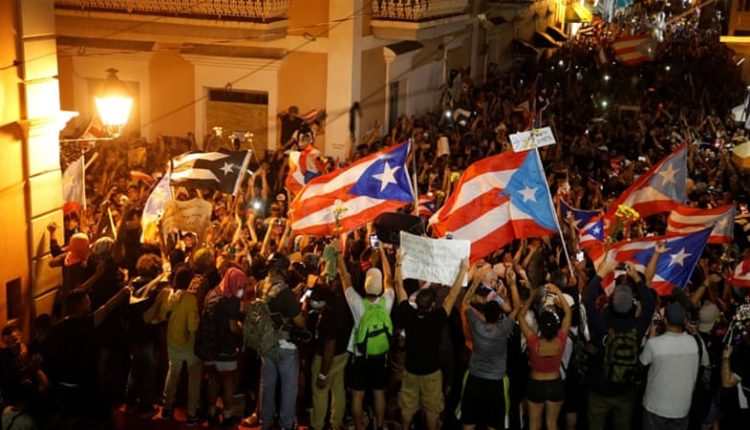 Puerto Rico‘s embattled Governor Ricardo Rossello has announced he will resign after nearly two weeks of mass protests triggered by a leak of crude and insulting chat messages between him and his top advisers.

A crowd of thousands outside the governor’s mansion in San Juan erupted into cheers and singing after Rossello’s announcement late on Wednesday.

“I announce that I will be resigning from the governor’s post-effective Friday, August 2 at 5 pm,” Rossello said in a video posted on Facebook. The protesters’ demands “have been overwhelming”, he said, adding: “And I’ve received them with the highest degree of humility.”

The protests have been ongoing since July 13, when the Center for Investigative Journalism released 889 pages of text chats on the encrypted messaging app Telegram in which Rossello and 11 other male administration members mocked gay people, women, and hurricane victims.

The 40-year-old, a Democrat elected in 2016, is the first governor to resign in the modern history of Puerto Rico, a territory of the United States with more than three million American citizens who do not have full representation in the country’s Congress or the right to vote for president.

“One protester told me, this was their ‘Arab Spring’. It was started to remove the governor but in the last 10 days, it has grown into much bigger issues such as education and health. They want a complete change,” he said.