Understanding the pains of single mothers 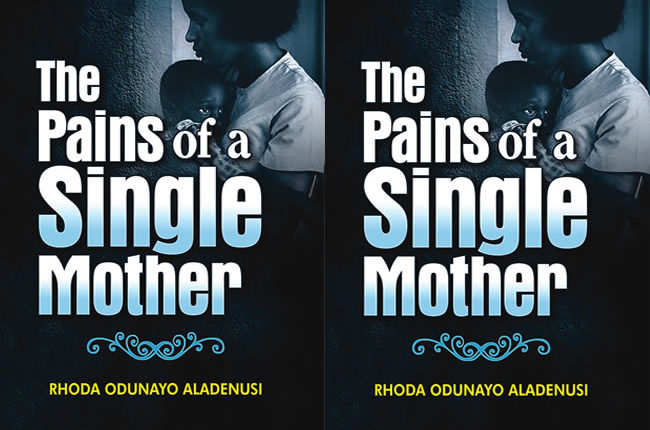 A review of The Pains of A Single Mother by Rhoda Odunayo Aladenusi by Olugbenga Ogidan.

The book, “The Pains of a Single Mother” is a fiction that describes in a graphical and imaginative manner the challenges of Mrs Maria Daniels. This book is a compendium of the numerous challenges daily faced by many women (including widows) in our country, Nigeria, who by reason of death or other circumstances of life do not have their husbands with them as they faced the vicissitudes of life. The challenges are certainly numerous, including lack of social security, lack of medical insurance, coping with overbearing relatives and in-laws, unemployment and finance, especially when they have to support a large family with meager resources.

The uniqueness of the book is the ingenuity of a 16-year-old in a Nigerian setting to craft all the challenges mentioned above in a literary fashion that keeps the reader in a suspense mode from the first page of the book to the last.

The book has 22 chapters and 236 pages. The foreword was written by a renowned writer, literary critic and educationist, Chief Seinde Arogbofa, OFR while an introductory note was also done by the editorial consultant to the work, Dr Olusoga Oyawale. The novel started with a prelude (the turning point event) which altered the course of events in the family of Brian and Maria Daniels. Mr. Brian Daniel packed out of the family apartment leaving his spouse – a full-time house-wife, without a notable source of income with four children to cater for.

Chapters One to Six give the account of the Daniels family before the turning point. Maria and Brian are an admirable couple playing “love in Tokyo.” Their relationship is romantic, peaceful and one that everyone wishes to have. They have four girls and a boy. Then the unexpected happens which paves the way for the turning point.

Chapters Seven to 19 focus on the varying challenges faced by Maria Daniels and her children in the process of raising the kids as a single mother. As expected, it is a lonely journey full of ups and downs, tears and occasional laughter. Indeed, the novel is an account of a resilient mother; one who will do anything in order to make her children successful in life. This, she does in the midst of stigmatisation and unfriendly treatment from her in-laws.

Chapters 20 to 22 give the account of how fortune smiled on Maria and her children. It is a situation one can summarise with the words of the Holy Scriptures: “When the Lord turned the captivity of Zion, we were like men that dream”. It is a dramatic transformation that makes Maria forget her woes. How did this transformation come by? Did Maria ever come across Brian again? What about the in-laws who maltreated her, as well as the gossiping neighbours who specialised in stigmatisation? All these questions are answered in the book, The Pains of a Single Mother.

The book is a must-read for every family, for single mothers, teachers, counsellors and all and sundry, as it portrays the resilience we all need to face different challenges that life throws at us at different times and in the task of crossing the inevitable hurdles of life. I recommend that it should be adopted by schools as it would motivate young ones to embark on productive ventures by following the part of innovation that Odunayo, a 16-year-old has brought to the literary world.

Book review: When the girl-child dies

Understanding the writings of May Ifeoma Nwoye

The real essence of living