What transpired between Remi Tinubu and I —Melaye 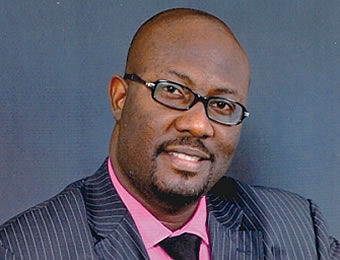 Melaye, who addressed newsmen in the Senate, said his attacks on Mrs Tinubu was in response to verbal assaults she had unleashed on him.

He stated that if he had used foul language against Mrs Tinubu, his colleagues would have descended on him before Tinubu rose to speak on the matter.

According to the senator, he had made his statement at the closed session without referring to anyone, adding that he was surprised to see Mrs Tinubu rise to call him names.

Melaye also said his submission at the closed session was to ensure that those who filed suits against the Senate as regards the alleged forgery matter should withdraw it or risk suspension.

“When I stood up and I made my submissions that day in the Senate, all I did was to pacify my colleagues and asked that the case in court be withdrawn, because already, there is a resolution of the Senate that the rules of the Senate were not forged.

“But I did not use any insolent, abusive, degrading or mannerless language. So there was no reaction from any of our colleagues as regards my presentation.

“After I spoke, so many other senators spoke and I did not mention the name of any senators while I was making my presentation. Unfortunately Senator Oluremi Tinubu got up and was recognised to speak and immediately, she specifically mentioned my name.

“Because of reasons only known to Senator Oluremi Tinubu, the first thing she said was that she’s being harrassed in this chamber by Senator Melaye. I kept quiet. She went ahead to say that why will he come here and be threatening senators and there was a large chorus from senators how, when, where?

“At that point she got up again and said that this thug must be tamed. It was at that point that I got up and I told her that she was very stupid. The next statement from her was that ‘you are a dog.’

“She called me a dog and when she called me a dog I stood up and I reacted and I told her that this is not Bourdillon and that she should look at my face, I am from Kogi and not Lagos and that there would never be a day that I will come to you for political assistance. These were my words while she went on shouting dog, thug,” he said.

Melaye said if he had used foul languages, other senators would have reacted, adding that many of them would have even addressed the press that Dino insulted us.