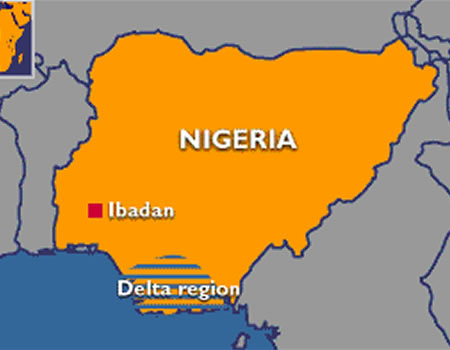 If you are not coming through the ports, the ancient and Nigeria’s largest city by geography, Ibadan, remains your major funnel from any part of Nigeria to enter the megacity and most populous city of Nigeria, Lagos. Ibadan and Lagos share such proximity that the relationship between the two states is so intertwined and had birthed an age-long saying that, ‘bi e ba wa mi de Eko, ti e ko ba mi n’ile, Ibadan ni mo wa’ (if you seek me in Lagos and cannot find me at home, I am in Ibadan). The Lagos-Ibadan expressway is said to be the busiest in the country as it connects to the southern, eastern and northern states as a major route. This busyness is confirmed by the thick traffic you always see on this expressway.

From a clear look, judging by the proximity, the Lagos development shows the potential of extending faster to Ibadan than any other state. Consequently, the social challenges of Lagos automatically find their ways into the ancient city as well. That we have not had such fast social development to be so all-encompassing in Ibadan may be, hypothetically, due to the largeness of the city.

One of the challenges facing Ibadan as development rises is the accumulating traffic. As a commuter on Ibadan routes, what we have had on the major roads in the last two years has been an unusual traffic. Roads enroute Iwo road have been an eyesore.  Believe me, as a visitor to Ibadan or someone trying to get to a location in time, you do not ever want to be stuck at Iwo road. It is worse in the weekend.

Nowadays, the traffics practically lock down minor roads even within streets where if you are in the middle of such, the fact that you can neither see the head nor tail of the traffic, makes you hopeless. It is a bigger regret if you had attempted to escape the major road traffics only to be choked in the middle of nowhere on the minor roads.

Hypothetically, the recent traffic in Ibadan cannot be disconnected from the recent influx of people to Ibadan. This influx is not far-fetched as the congestion in Lagos increases and neighbouring city like Ibadan has to accommodate. The relative cost of living and the possibilities of boosting people’s standard of living within the developing environment are attracting factors. In fact, quite a number of Lagos workers live in Ibadan. It is a city where the poor and rich share demography and geography.

Is Fayemi walking the talk in Ekiti?

Impunity will always threaten our unity

On challenges before students