The Ogun virtual meeting on 2021 budget 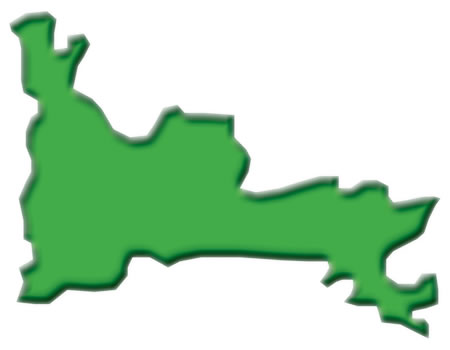 LAST year when he toured Ogun State, harvesting the views and needs of students, traditional rulers, market women, the business class and community leaders ahead of the preparation and submission of the 2020 budget to the state House of Assembly, Governor Dapo Abiodun harped on the people being the centerpiece of his administration. Instructively, even as the coronavirus pandemic continues its rage across the land, the Ogun helmsman is keeping faith with his electoral promises, rolling out projects in different sectors. Although the current budget was reviewed downwards from N450bn to N280bn in consonance with the economic realities in the wake of the pandemic, with 20 per cent of the 2020 Revised Appropriation allocated to the health sector, the delivery of democracy dividends has not stalled. In the last few months, various communities have been rescued from accustomed restrictions and nightmares with the construction of roads, including Awa  Iloaporu-Ibadan expressway, hospital road, Sagamu, Bright Fashion Baruwa street, Sagamu, Ijebu Ode-Epe, Sagamu-Ore Interchange Flyover in Ijebu-Ode-Odogbolu LG, Molipa -Fusigboye -Ojofa Street, among others. Hospitals, especially primary healthcare centres, schools and other infrastructure projects have been given due attention in line with the articulated needs of the people during the consultation meetings held in the senatorial districts of the state ahead of the submission of the current budget to the state House of Assembly.

To all intents and purposes, the governor is intent on continually letting the people have a say in budget preparation in order to address their deepest needs. This became clear at the virtual consultative meeting with the representatives of the people of Ogun East Senatorial District in his office at Oke-Mosan, Abeokuta on the 2021-2023 Medium Term Expenditure Framework (MTEF) and 2021 budget this week, where major stakeholders deliberated on the framework for Budget 2021, as the governor spoke of the challenges and achievements of his administration. The meeting, a demonstration of the importance attached to participatory governance in the state, was attended by royal fathers, representatives of traditional councils, religious leaders, community development associations, cooperative societies, the organized private sector, professional bodies, trade associations, non-governmental / civil society organizations, labour and student unions, among others. The meeting was targeted at getting the people to take maximum advantage of the platform to express their views, so that their comments, recommendations, proposals, and feedback would be adequately and appropriately considered for the preparation of the Year 2021 budget. To Prince Abiodun, the town hall meeting is a symbolic approach of inclusiveness, fairness, justice, equity and respect to the rule of law.

At the virtual forum, Prince Dapo Abiodun indicated that his administration would in the coming year place the states Internally Generated Revenue as its primary source of financing its budget over any other source. As he pointed out, his administration would be mindful of the need to avoid unnecessary tax burden on Ogun citizens, urging the people of the state to continue to support the present administration in the state by discharging their civic duties. He said: “We have strengthened the Ogun State Internal Revenue Service, (OGIRS), including the recent appointment of a seasoned professional as its chairman. Whilst being mindful of the need to avoid unnecessary tax burden on our citizens, we appeal to them to continue to support us by discharging their civic duties in our joint task of building the state of our future together, we shall continue to give utmost priority to capital project investments in education, health, and infrastructure sectors.”

Noting that the recent payment of the new minimum wage was in line with the agreement reached with labour, he urged the labour unions in the state to be considerate in their demands at a time government was also struggling with finances, adding that his government would give utmost priority to education, health, agriculture and road Infrastructure, as it prepares for next year’s budget. He pointed out that his administration would be proactive in the coming year by latching on this years experience to improve on service delivery, revenue drive and public private partnership.

To be sure, as the state Commissioner for Finace and Chief Economic Adviser, Dapo Okubadejo, observed, this year has been very challenging given the effects of the Covid-19 pandemic on the economic survival of many countries. Nevertheless, the times also afford an opportunity for deep reflections especially on many areas where the state requires higher levels of effectiveness and efficiency in our processes and cost of governance. This, in his view, means process engineering and financial management reform initiatives aimed cost efficiency and significant improvement in IGR. This no doubt aligns with the submission by the state Commissioner for Budget Planning, Hon. Olaolu Olabimtan, that the aim of the administration is to eliminate poverty in the state. In his remarks on the occasion, the chairman, Governor’s Elders Advisory Council, Chief Oluneye Okuboyejo, urged the state government to help farmers in the Ogun East Senatorial district on issues relating to land ownership and encroachment, as they had made it difficult for farmers in the area to think of expanding their farms. As he noted, The problem of land ownership for agriculture is a key issue. In Eriwe and all the farms we have around the local government, we have problems of land ownership because our farmers want to expand. Even where we exist, encroachment is not helping the stakeholders at all. Help us to solve them.

On her part, he chairperson, Ogun State Chapter of the Association of Women Entrepreneurs, Mrs. Olude Oluwakemi and her counterpart in the Women Support and Care Initiative, Dr. (Mrs.) Omolara Quadri, called on the state government to give more emphasis to women empowerment in the state by building their capacity. This was just as other participants called for the creation of more jobs, execution of more capital projects and empowerment of the youth and women in the coming fiscal year. With the virtual meeting in Ogun East, it seems sufficiently clear that the needs of the senatorial district would form a vital part of the states next budget. If democracy remains the government of the people by the people and for the people, this is surely the way to go in building a prosperous Ogun State about which all citizens will be proud.

A case for more public libraries