The coup in Mali 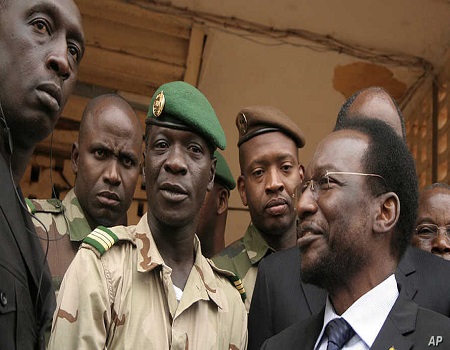 MALI came under military rule once again on August 18  following a revolt by middle-ranking officers of the Malian military which led to a coup d’état. The leaders of the coup promptly detained President Ibrahim Boubacar Keita. Keita  became president in 2013 after serving as prime minster between 1994 and 2000.  He was later forced  to resign. The coup leaders have promised to enact a political transition process and stage elections within a ‘reasonable time’. They have also released President Keita from custody.

Mali has remained unstable prior to and since the coup of 2012. The peace and reconciliation agreement that was signed in 2014 between the government of Mali and warring factions in northern Mali, the Algiers Peace Treaty, has not be very effective. The relative order in Bamako, the country’s capital, has been sustained with the presence of foreign militaries, including French and German troops. This latest coup episode has raised fears about further destabilisation of the country. The Jihadists who have strongholds in northern Mali could carry out attacks on vital facilities and further destabilise the country. Terror groups with links to al-Qaida and the Islamic State could also take advantage of the current crisis of governance to adversely impact on the security situation in the entire Sahel region.

The current crisis is partly the result of bad governance and the disputed parliamentary elections held on  March 29, with a second round on April 19. The leader of the opposition, Soumaila Cisse, was kidnapped three days to the elections. Several village chiefs and election officials were also kidnapped. Violence in the north and centre of the country during and immediately after the elections, including terror attacks on the military, marred the events. These provoked massive demonstrations against President Keita. The mass protest, which reached its  zenith in June, was supported by a protest movement called M5-RFP. The protesters called for the president’s resignation and the dissolution of parliament. They also called for an end to the growing corruption in the country. Discontent was not confined to the civil populace alone; resentment within the army was also strong, with middle-ranking officers accusing senior military officers close to the regime of deliberately undermining the Algiers Peace Treaty.

We call on the African Union and the United Nations to join forces with the Economic Community of West African States (ECOWAS) to arrest the situation before it further deteriorates. It will be recalled that at the height of demonstrations in mid-June, ECOWAS had called for the creation of a “consensus government of national unity.” The mediation team led by former President Goodluck Jonathan could not get the parties to make concessions, which brought the mediation to a standstill. Thus, the mediation team could not address the concerns laid out by the opposition in Mali.

Indeed, the coup has put an end to the negotiation process. It has also gone against the ECOWAS protocol on democracy and good governance. Consequently, ECOWAS has suspended Mali from its decision-making bodies, closed its member states’ borders with the country, and suspend all financial flows between its members and Mali. It has also called on the ECOWAS Commission to impose sanctions on the “putschists and their partners and collaborators.” Nonetheless, it has sent a delegation to Mali to negotiate and ensure a return to constitutional democracy.

The AU has condemned the coup and called for an immediate return to constitutional rule. The larger international community also quickly condemned the coup. We think that the process must not be seen to pacify military leaders. But we recognise that it will be difficult for ECOWAS to replicate its successes in The Gambia and Sao Tome and Principe in Mali. We therefore call for for a broader concerted effort by the international community to return Mali to constitutional rule as quickly as possible.