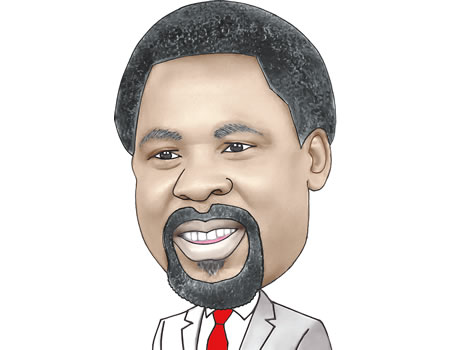 The road leading to the recent but growing discontent across Nigeria was long and bendy. Youth restiveness and a general sense of disapprobation have become an ominous cloud intent on forcing a new order in the Nigerian state. The protests currently sweeping across the country have at the heart the call to end police brutality and by extension the condemnation of a nation’s attitude towards its growing army of educated, enterprising but sidelined youths.

The protests to end the Special Anti-Robbery Squad (SARS) of the Nigeria Police Force represent just a fragment of what is yet to come. Yet, this present outcry was expected if the elite, the ruling and political class had listened well before now.

On Sunday, July 14, 2013, precisely seven years ago, the senior cleric of the Synagogue Church of All Nations (SCOAN), Prophet T.B. Joshua, in a globally televised service, warned particularly that a deliberate demand for change by youths would suffice. In the said service with the video circulating all over social media, the revered cleric warned that except something was done to accommodate the teeming youth population, protests and eventual revolution would be unavoidable. He warned in unmistakable terms, saying ‘carry your youth along.’

In that message, the cleric however informed that there was a way out and that the way out had been provided by God. In pointing to this, Prophet Joshua stated that “Listen to the way out. Job creation for the youth and the creation of a new social value system. No matter the education the youth have, they feel they have no place in politics and there is no job to keep them busy. There must be a new orientation. In politics, the youth should be considered for important positions such as assistant to elders. While the elders are ministers, the youth should be junior ministers. In all appointments into the departments of politics or administration, youth should be considered as second in command. By doing this, we are training them to take over tomorrow. This is because they are leaders of tomorrow. Revolution is a weapon of change that is coming. This is a vision. I am not preaching or teaching. This is what I saw. Carry your youth along in your politics and administration, especially in ruling your country. None of this will go without being fulfilled. This is the voice of God.

“When we carry the youth along, whenever there is a revolt or situation, they will be available to readily speak to their colleagues. The youth want to see themselves represented in every area of life. That is the answer to the problem coming. The coming ominous signs are disastrous. As sure as God lives, I, T.B. Joshua, will tell you only what God says. If I am hated, persecuted or intimidated because of my accurate prophetic utterances, blessed be God who gives the prophecy.

Fast forward. Seven years after these warnings were given, 2020 opens up the fulfillment. The present protests which have been running for almost two weeks across the nation have been organized, fuelled by Nigeria’s youth. The demands are straightforward; the solution is clear. It had been given seven years ago: ‘carry your youth along in your politics and administration, especially in ruling your country.’

While Nigeria falters in her self-inflicted tragedy, South Sudan has been on the bright side of history since November 12, 2019 when Prophet Joshua paid a historic visit to the world’s youngest nation. Before that visit, South Sudan was enmeshed in years of civil unrest, violence, underdevelopment and an acute need for peace. In the visit last year, Prophet Joshua, while leading the nation in prayers, announced that the youngest sovereign country was to enter into a new year of change, progress and development. He stated that God had willed it. And true to his words, South Sudan entered into a new phase of peace and progress.

It was therefore not a thing of surprise when South Sudan’s President Salva Kiir Mayardit re-invited Prophet Joshua to the East-Central African country.

Mayardit said Joshua’s November 12, 2019 prophecy on the country’s unity had come to pass and RSS was now at peace under the terms of a revitalised peace agreement that came into effect on February 22, this year. In the invitation letter, the President explained that the invitation would enable Joshua “to harvest what you planted”, adding that the entire nation of South Sudan is ready to receive the Nigerian once again.

Today, South Sudan is the better for it. It is hoped that Nigeria, its leadership would listen and do the needful.

In one year, I have made big mark in my constituency, National Assembly —Oyo Rep