In one year, I have made big mark in my constituency, National Assembly —Oyo Rep 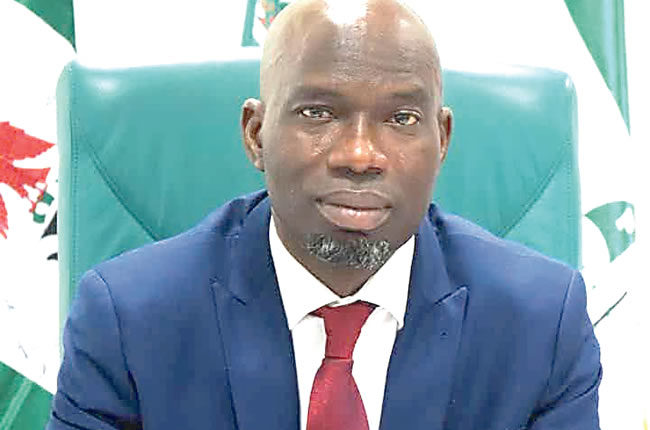 To be elected as one of the 360 members of the House of Representatives, the lower chamber of the National Assembly, is a daunting challenge that gulps tens of millions.  Scaling the hurdles to secure party’s nomination and then squaring up with challengers from other parties to win an election proved an enormous task for Honourable Abass Adigun, member representing Ibadan North-East/Ibadan South-East Federal Constituency under the banner of the Peoples Democratic Party (PDP).

An equally big challenge for Honourable Adigun, upon his inauguration as a member of the ninth National Assembly, is that he is a member of the opposition party. However, deploying a combination of his vast international experience and widely advertised demonstration of not being a ‘usual’ politician, Honourable Adigun, despite being a first term lawmaker, has loudly registered his presence in the Green Chamber , having to his credit, five motions and three life-changing bills in the works, all within his first year in the chamber.

As if he foresaw the unfolding protests rocking the country with youths demanding far-reaching police reforms, Adigun moved a motion calling for improved welfare conditions for security operatives across the country as part of his suggested ways of ending insurgency and general atmosphere of insecurity.  “The salary of our security personnel is poor. They are ill-motivated.

“When I was in the US military, each of us in the US Navy had an insurance cover of $400,000 and if anyone died in the line of duty, the US Navy would add $150,000 to it to make $550,000. I registered my father, mother, wife and kids as beneficiaries of the money in case I die in warfront. Do we have anything like that in Nigeria for our security men and women? We need to give them better welfare package to encourage them to do their best in securing the country,” he said while moving the motion.

Another important motion moved by him is one on the need for the country to make adequate arrangements for post-oil era with several countries already thinking of electric cars and doing away with fossil fuel.

Aware that the duty imposed on federal lawmaker does not stop with effective representation in Abuja, the lawmaker, despite the impact of COVID-19, made the welfare of his constituents and fulfillment of campaign promises an area of key focus. “I started 2020 with training and empowerment for youths and women. About 150 youths and women were trained in Ibadan on agro-mechanised business, specifically poultry production, fish farming and others. The training was done by officials of the Federal Ministry of Agriculture and Rural Development, the National Centre for Agricultural Mechanisation and Aslak Global Resources. We took them to Ilaji Farms for practical. They got certificates of participation and N50,000 each as start-up capital.

“In the area of education, I set up free coaching classes during the summer for Senior Secondary School II and III students in my constituents and engaged teachers to take them in core subjects. Almost all the lawmakers in the state did the same thing then. So far, I think I am the only one that still maintains the free lesson till now. From those benefiting from the lesson, I picked over 200 students from both councils and I bought them Unified Tertiary Matriculation Examination (UTME) free. I am proud they all did well, with more than two people scoring above 300 points and coming among the five best scores in the entire state. These people have each been given N100, 000 scholarship for their tertiary education,” he said.

As a demonstration of his love for the youths, Honourable Adigun is solely undertaking the construction of a mini-stadium in Oke Ibadan High School in Ibadan North-East Local Government Area of Oyo State, the very first of such big projects by any federal lawmaker in the state. The project includes erecting the perimeter fence of the school, constructing a covered pavilion, total re-grassing of the pitch among others.

He has also sunk boreholes in various wards in his constituency, provided several transformers, erection of gates in strategic areas of Ibadan South-East to enhance security of lives and property, among many others.

In an interview with Sunday Tribune, Honourable Adigun said his constituents have not seen anything yet. He disclosed he is planning what he calls a ‘mother-of-all’ empowerment programme for the first quarter of 2021. The groups that will be targeted in this include the market women and men who will be reached through the various market associations for revolving interest-free loan, widow and youth and others.

“With the confidence reposed in me, I assure my constituents that I will continue to serve their interest and work for their wellbeing. I have a bill in the pipeline and it is about looking at how the Federal Government will give each corps member who is unable to secure a paid employment after national service, money for business. Such youths will access a minimum of N500, 000 from the fund that will be set up for that purpose,” he said.