Success in Nollywood is not easy —Lilian Echelon Mbadiwe 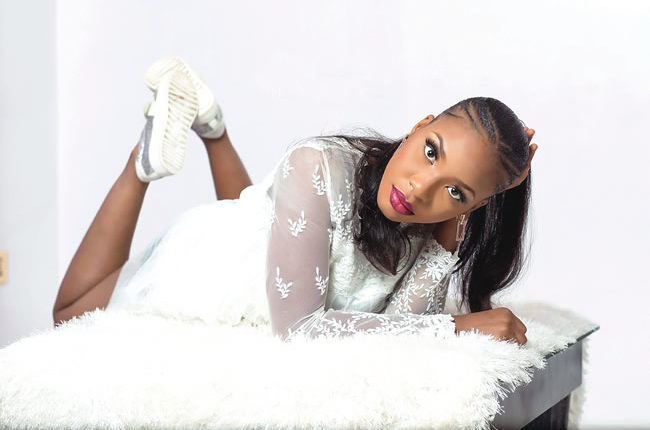 With movies like ‘Black Rose’ and ‘Lily’s New Friend’ under her belt, Lilian ‘Echelon’ Mbadiwe is an actress thoroughly dedicated to her craft. In this chat with ROTIMI IGE, the one-time beauty queen speaks on acting, stardom and everything in between.

HOW and why did you venture into acting? Did your decision to become an actress meet with criticism from friends and family?

Like I always say, acting chose me, but criticism did not come from family or friends.

You’ve made quite the impact, getting award nominations and recognition. You make success in the film industry look easy. What’s your secret?

Easy? Success in the film industry is a lot of things but ‘easy’ is not part of it. Well, for me there’s no secret.  You must have faith, believe in yourself, put in a lot of work in preparation and most importantly pray for grace.

Was the movie industry how you expected it to be? what were the things that surprised you?

I definitely got surprised by the rate of undervalue. Many talented actors fade out of the market because they don’t receive the commensurate value from filmmakers, and coping in situations like that can really be tough.

At the point you decided to be an actor,  what was the first thing you did?

I told my mum. Growing up, I learnt to seek my mum’s blessings before venturing into anything new, so that was pretty much the first thing I did.

You have the physique of a model and you have the right look. Have you ever dabbled in other aspects of showbiz like modelling and the rest of it?

Oh yes, I have. In 2014, I contested for Calabar Carnival Queen and it was a beautiful success as I was crowned the second princess.

What would you say is the mark of a true fan of Echelon. What details would you expect your fans to know about you?

I expect my fans to know my movies and my name.

What’s the craziest thing a fan or critic has ever done to you in public?

Slap me! Yes, I was at a fruit store one day and I felt a slap on my back. I turned and saw this woman addressing me loudly about how mean I was in a movie. I had mixed feelings immediately, but the situation was resolved peacefully.

Social media is the melting pot for all sorts of issues and discussions these days. Have you ever gotten embroiled in one of such controversial conversations?

Honestly, I have not.

Many believe actors and entertainers court controversies to stay relevant. Do you agree? And is it something you can do?

Controversy is part of life. There must always be something controversial, so if an actor gets involved in a controversial situation, I don’t believe it’s for the sole purpose of staying relevant. Life just happens sometimes.

What was the most challenging role you were ever offered?

I have had a very deep story that took me months of preparation, that is ‘Black Rose’. ‘Black Rose’ is a very intense and deep story. But I also played a lead role in the movie ‘Lily’s New Friend’, which I’d call most challenging because I had to do a lot of research before going on that set.

Oh yes, I have and my reason would be relevance. The character must have good relevance in the story. The story is equally of great importance.

If you were to make a different choice from being an actor, what other parts of entertainment would you consider? Or what other career path would you choose?

I would practise what I’m studying, and that’s Criminology.

It’s a common notion (sometimes wrong) that showbiz is no place for a decent woman who wants to build a home and family. In your assessment, is that true?

Definitely not true. There are so many actors with successful marriages.

Have you ever been in love, and what does love mean to you?

Love is what it is.

What can we look forward to from you as an actor?

I definitely look up to a lot of great actors in Nigeria and beyond, but if there’s one person I easily connect with, that’ll be Rita Dominic.

Would you say that the Nigerian film industry, Nollywood, is measuring up to the famed Hollywood?

That would rather be a long measure but our Nollywood is thriving greatly.

What is the one thing that you believe every actor must possess to be a success, and what makes that quality so important?

Passion. Like every other career, there are always challenges you face but if you have passion, you overcome it all.

What was your worst movie-making experience?

I wouldn’t really say I have had a bad movie experience. Every experience I have had on a movie set has helped shape me better.

Any plans to diversify, or what’s the next conquest for you?

I take things one step at a time but pretty soon I’m looking at producing movies.

As Obaseki raises the stake ahead Edo 2020

How coronavirus and lockdown taught us the essence of diversifying —Womenpreneurs

Success in Nollywood is not easy — Lilian Echelon Mbadiwe