Features
By Yejide Gbenga-Ogundare On Aug 25, 2020 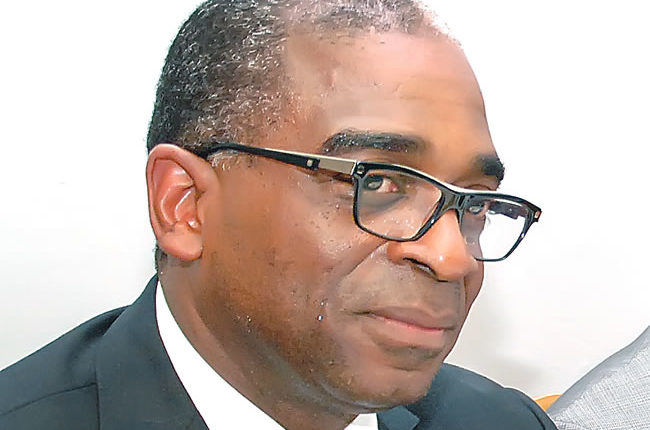 While many people still express the belief that COVID-19 is just hype, the executive director of the Nigerian Export Promotion Council (NEPC), Segun Awolowo, while narrating his four weeks battle with the virus, has called on people to take the virus seriously, be conscious of the infection and follow laid down preventive measures, adding that fear is the real killer for infected people. Yejide Gbenga-Ogundare reports.

For Segun Awolowo, the executive director of the Nigerian Export Promotion Council (NEPC), taking a walk in the morning is a routine that few things can change as it is a way of keeping fit and healthy. However, a day came when the walk had to stop, not for a day but for over four weeks.

He took a break from his morning walk to battle for his life against coronavirus. And it was not an easy battle; talking about his experience, he said COVID-19 is real and enjoined people to be careful.

According to him, “it started on a Saturday morning when I woke up to go for my usual walk, I got dressed and went downstairs and was consumed by extreme fatigue. I sat down, drank some water and watched television wondering what was wrong with me. Then I ate a banana and drank more water trying to muster enough energy to go for my walk. I suddenly became a bit feverish so I was compelled to turn off the air conditioner.  At this point I knew I had to call the doctor, who arrived promptly and took my vitals and blood sample to run a few tests, he advised I take panadol, eat well and have a good rest.  Alas that was the end of my day…. No walk for me,” he said.

It however went beyond missing his usual walk routine; “The next day, the doctor informed me that I had plus 1  Malaria in my blood, and prescribed Coartem – a very powerful Malaria drug that knocked me sideways, I used it for three days and felt a bit better but still weak. Strangely enough, my temperature never went beyond 37° and I didn’t have a cough or breathing difficulties and my taste buds were fine. But the body fatigue was something I had never experienced before in my life. I was completely weak and lethargic.

“I decided to go home to Lagos and on arrival, I tried to isolate myself from the rest of the house, which was not possible because I was so ill and weak my wife had to take care of me (for my dear wife of almost 30 years it’s for better and for worse). Another doctor came and administered a drip as I had started to lose weight from not eating and had severe diarrhea, a lethal combination I daresay!” he added.

The situation at that point needed further action as his health condition did not change; “Finally, we decided that I simply had to go to the hospital as I wasn’t getting any better. My wife was apprehensive because my hospital is @firstcardiologyconsultants, have not been too popular in the media recently, as the media has chosen to highlight the unfortunate losses of several high profile personalities while failing to document that they have an 82 per cent survival rate which is higher than most hospitals in the United Kingdom. However, I insisted on going there, as both Dr Adeyemi Johnson and Dr Kofo Ogunyakin have my medical history and my greatest confidence.

“All the while I was not afraid; I just knew that I was ill and wanted to get better. Then the shocker! We both tested positive for COVID-19, my wife was asymptomatic while I was already ill. The doctor looked worried as he gave us both diagnoses. Looking at the doctor’s somehow downcast and gloomy mien coupled with my brother, Sola Braithwaite, who had insisted on accompanying us to the hospital’s demeanour; that was the moment the fear came down on me. I strongly believe the fear of this coronavirus is the real killer.

“The doctor sent us off to perform a CT scan, to ascertain the extent of the damage. The ride to the lab was the longest, my wife @bolawo7 drove and I was collapsed in the passenger seat, we were both worried about ourselves, our children and our domestic staff who had by now reported to the hospital to get tested. Thankfully, they all tested negative. I tried to lighten the mood with some dry jokes but these, of course, didn’t work. We took the test results back to @firstcardiologyconsultants and for the first time both doctors smiled while expressing their satisfaction on the results of the scan.

“Thereafter we were placed on medication and were told to isolate ourselves at home and return in a week. He prescribed the following drugs: Colchicine, Azithromicine, Vitamins C & D and Rivaroxaban and added that it was important to eat.  We were advised to treat food as medication and this was a Herculean task as I had no appetite whatsoever. We went home relieved that I was not admitted or taken to any Isolation centre or placed on Oxygen as my blood pressure and oxygen levels were okay.

“We isolated ourselves in a wing of the house and did our best to eat as advised by the doctors. We received numerous advices from friends and family to experiment with all sorts of herbal remedies (Our Nigerian way).  We however succumbed to the inhalation of the traditional DogoYaro leaves (the bark, leaves of the Neem) but also stayed the course of the recommended treatment by the doctors and by the fifth day I was feeling much stronger.

“At the end of the week, I got the all-clear and my wife took a little longer to get better, so we switched roles and I had to take care of her.  (Remember it’s for better, for worse)  After another week, we went back to the hospital and we both got the all-clear check. The total timeframe of our ordeal was about four weeks. I knew I was better when I went to see my mother on her birthday and I ate all the birthday goodies heartily! I knew my appetite and strength were back, she was excited to see me as she had been so worried. We observed strict social distancing protocol,” he said

But where did he contract the virus? He still cannot explain as he obeyed all known rules and followed laid down guidelines. “How did I get Covid-19? I honestly can’t pinpoint how or where I got it.

I thought I had been very careful observing all the rules and regulations but as a public officer, at some point, we had to go back to work and one is really exposed to the numerous high profile meetings one attends, entourages of people swarming around you, files and letters you come in contact with etc.

“I believe my symptoms didn’t become extreme because I had built up my immunity, with vitamins C, D, zinc and lots of exercise. (That’s my belief). I thank God for life and I decided to tell my story because COVID-19 is real. It is important to try and stay safe, as no country has the solution yet. They say the solution lies in a vaccine but in the interim #MaskUp, build your immunity, observe social distancing, stay safe, for your loved ones not just yourself. If you feel like you are being careful already double your efforts.

“I give special thanks to God for the grace of healing.  I thank family and friends for their love and concern for me and my wife which was expressed through numerous phone calls and messages. I must also mention my boss and brother, the Minister for Investment, Trade and Industry  @niyiadebayo for his kindness throughout this ordeal .

I thank my colleagues at work for their support especially @sidiabdullahi for holding the reins during my absence.

“Finally to my doctors at @firstcardiologyconsultants,  Dr Yemi Johnson and Dr Kofo Ogunyakin thank you for taking good care of my wife and I. It is my fervent prayer that the Good Lord will continue to watch over you and all frontline health workers during this period. I must thank our numerous unofficial doctors as well.

May the Good Lord in his infinite grace deliver us all from this noisome pestilence. Amen”

For him, the experience is an indication that one cannot be too careful in taking adequate prevention, adding that there is a need to make concerted efforts.