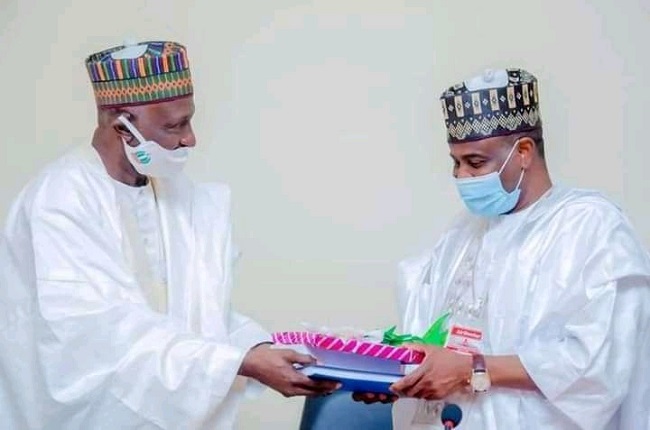 Sokoto State governor, Aminu Waziri Tambuwal has described strong institutions as the chips with which virile and scientific societies are built and sustained.

Gov. Tambuwal made this assertion Thursday when he received a delegation of the Sokoto State chapter of the Alumni Association of the National Institute (AANI) at Government House, Sokoto.

According to him, “if you have strong institutions, they will support personnel that are not well prepared.

“That is why some of us believe in strong institutions,” the governor stated as he commended the foresight of the founders of the National Institute for Policy and Strategic Studies (NIPSS), “because governance and anything that has to do with the running of the affairs of mankind must be knowledge-driven and knowledge-based.”

Gov. Tambuwal noted that “you can only be fully prepared if you have the capacity around you if at all you don’t have it yourself.”

A statement by his media adviser, Muhammad Bello and made available to journalists in the state on Thursday said the governor pledged that his administration welcomes the suggestions and offer of the AANI to collaborate with the state government on the making of policy in all tiers of government in the state.

In his address, the state chapter chairman of the AANI, Abubakar Sokoto Mohammed, said the association has “resolved to put the various intellectual, technocratic as well as multi-disciplinary expertise of our members at the disposal of your administration.

“We decided to prioritize our contributions to policy formulation and implementation in the development of Sokoto State in the areas of security, education and healthcare, given the contemporary pressing challenges in our nation and Sokoto state,” Mohammed stated.